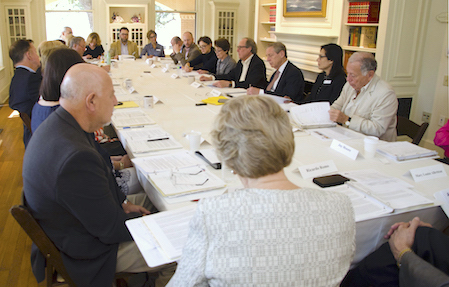 The Humanities Texas Board of Directors meets in the Julius and Suzan Glickman Room at the Byrne-Reed House in April 2017.
Carlos Kevin Blanton

Carlos Kevin Blanton is a professor of history and Chicano/Latino studies at Texas A&M University. Prior to moving to College Station in 2001, he taught at Portland State University. He is the author of The Strange Career of Bilingual Education in Texas, 1836–1981 (TAMU, 2004) and George I. Sánchez: The Long Fight for Mexican American Integration (Yale, 2014) and he has recently edited A Promising Problem: The New Chicana/o History (University of Texas Press, 2016). Blanton’s work has been honored with the Coral Horton Tullis Memorial Prize for Best Book on Texas History (2005), the Bolton Cutter Award for Best Article on Borderlands History (2010), and the National Association of Chicana-Chicano Studies Best Book Award (2016). He has also published in the Journal of Southern History, Pacific Historical Review, Western Historical Quarterly, Southwestern Historical Quarterly, Teachers College Record, and in other history and interdisciplinary journals. Blanton received his PhD from Rice University in history under Dr. John Boles. Lorenzo F. Candelaria is a historian and professor of Western European and American music history and literature at The University of Texas at El Paso. His research focuses on Catholic music cultures in Spain, Mexico, and in the American Southwest. He is also engaged in projects that explore intersections between music and the physical sciences. Prior to arriving at The University of Texas at El Paso in 2013, Candelaria served on the musicology faculty of The University of Texas at Austin for twelve years and was a visiting faculty member in ethnomusicology at the Yale Institute of Sacred Music. His book, The Rosary Cantoral (2010), received the American Musicological Society’s Robert M. Stevenson Award for its outstanding contribution to music scholarship. Prestigious awards, including grants and fellowships from the Fulbright Foundation, Mellon Foundation, Social Science Research Council, and the National Endowment for the Humanities, have supported his research. Candelaria received a Bachelor of Music from Oberlin College in 1995 and completed his PhD at Yale University in 2001. Reba Cardenas McNair is a Brownsville businesswoman and civic leader who currently serves as president of two Brownsville land development corporations. She graduated from The University of Texas at Austin in 1977 with a bachelor of journalism. She then went on to receive an MS from Columbia University.  She is the 2017–2018  board chair for IDEA Public Schools and is a member of The University of Texas Rio Grande Valley (UTRGV) School of Business Advisory Board and the UTRGV Development Board. She is a recent recipient of the Preservation Award from the Brownsville Historical Association. Edwin Dorn teaches defense policy and courses about the relationship between race and immigration policy at The University of Texas at Austin LBJ School of Public Affairs. He was dean of the LBJ School from 1997 to 2005. Prior to that, he spent twenty years in Washington, DC, working on civil rights and education policy in the Carter administration and serving as Under Secretary of Defense for Personnel and Readiness in the Clinton administration. Dorn was a Fulbright Scholar at the Centre for West African Studies at the University of Birmingham, England. After serving as an officer in the U.S. Army, he completed his PhD in political science at Yale University. Dorn's major publications include Rules and Racial Equality (1979, Yale University Press) and "What We Have Learned About Race," which he wrote for the Austin-American Statesman in 2009. He is chairman of the board of the Kettering Foundation and serves on the boards of the Institute for Defense Analyses and the Seton Family of Hospitals. 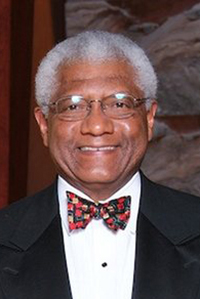 Chase Untermeyer is chairman of the Qatar-America Institute, which aims to increase understanding of the important Qatari-American relationship in security, education, and energy. He was born in New Jersey but came to Houston at the age of two. He is a 1968 graduate of Harvard College with honors in government. During the Vietnam War, he served as an officer in the U.S. Navy aboard a Pacific Fleet destroyer and as aide to the commander of U.S. naval forces in the Philippines. Returning to Houston, Untermeyer was a political reporter for the Houston Chronicle and executive assistant to the county judge (chief executive) of Harris County, Texas. In 1976, he was elected as a Republican to the first of two terms as a member of the Texas House of Representatives from a district on the west side of Houston.

He resigned his seat to go to Washington in 1981 as executive assistant to then-Vice President Bush. In 1984, President Ronald Reagan appointed him Assistant Secretary of the Navy for Manpower and Reserve Affairs. During the first Bush Administration, he was assistant to the President for presidential personnel and director of the Voice of America. From 2004 to 2007, he served as United States ambassador to the State of Qatar, on appointment of President George W. Bush. He is currently chairman of the Houston Committee on Foreign Relations and a member of the Council on Foreign Relations. Untermeyer is the author of three volumes of diary-based memoirs of the Reagan-Bush era, When Things Went Right, Inside Reagan’s Navy, and Zenith: In the White House with George H.W. Bush. He has also published How Important People Act: Behaving Yourself in Public. 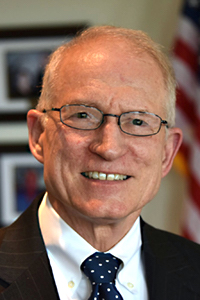