Humanities Texas is pleased to welcome gubernatorial appointee Polly Sowell to our board of directors. Ms. Sowell is a retired public servant who grew up in Houston and graduated from Sweet Briar College. She then married and moved to McAllen, where she was active in civic affairs and politics. She served on the library board, was president of the Junior Service League, and founder of the Valley Music Festival and the Basic Education Council. In 1960, she was elected to the State Republican Executive Committee, and in 1972 she was elected vice-chairman of the Republican Party of Texas. President Nixon appointed her to the Inter-American Commission for Women, and she represented the United States at the organization’s conference in Bogota, Colombia.

In 1979, she moved to Austin and became director of the Governor's Office for Volunteer Services, worked in appointments, and then became deputy chief of staff for Governor Bill Clements. She helped found and served as president and executive director of the Texas Women's Alliance, a group of independent conservative women leaders. They led trade missions to Spain, Japan, and Switzerland, and published reports on the Equal Rights Amendment, economic growth and venture capitalism, higher education, trucking deregulation, and other current issues. She founded and directed Texas Works Together, a program that provided and trained mentors for welfare mothers in twenty-two Texas cities.

President George Herbert Walker Bush appointed her to the Defense Advisory Committee on Women in the Services, and, in 1990, she became executive director of the Texas Department on Aging. In 1993–94, she was campaign organization director for Senator Kay Bailey Hutchison and then was an appointments manager for Governor George W. Bush and Governor Rick Perry. She served a six-year term on the Texas Commission on the Arts, which expired in August of 2011, and then Governor Perry honored her by asking her to serve an unexpired term on the Humanities Texas board.

We are also pleased that Governor Perry has reappointed board members Maceo C. Dailey Jr., Joy Ann Havran, and Venus Strawn, who have provided us with invaluable leadership and guidance over the past few years. 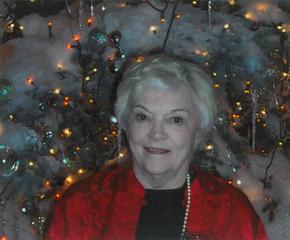