In February, Humanities Texas will hold our popular “Slavery, Secession, the Civil War, and Reconstruction” workshop in Beaumont, El Paso, Houston, and Midland. Teachers interested in attending should submit an application as soon as possible, as admissions are rolling and space is limited.

Workshop content will be TEKS aligned, with particular emphasis placed on newly added or revised standards. These programs are free to teachers and their schools. Humanities Texas will reimburse schools for a substitute for any teacher who attends.

This series of workshops will focus on the defining issues and events in nineteenth-century American history—slavery, the Civil War, and Reconstruction. Faculty lectures will address slavery and the slave economy, the growth of sectionalism, significant events of the Civil War, and the challenges and legacy of Reconstruction. Teachers will receive books and other instructional materials and be trained in the examination and interpretation of primary sources. Workshop faculty includes Michael Les Benedict (The Ohio State University), Albert S. Broussard (Texas A&M University), Maceo C. Dailey (The University of Texas at El Paso), Donald S. Frazier (McMurry University), Eric H. Walther (University of Houston), Jennifer L. Weber (University of Kansas), and John Barr (Lone Star College-Kingwood).

In February, Humanities Texas will also hold our first-ever workshop on "American Writing on the Civil War" as well as a workshop on twentieth-century Texas history at the historic Byrne-Reed House in Austin. Both of these workshops are closed to further applications, but primary sources and teaching resources will be posted online.

This workshop will examine seminal works of nineteenth- and twentieth-century American writing on the Civil War. Emphasis will be placed not only on the multiple perspectives that Americans had, and continue to have, on the Civil War, but also on the rhetorical strategies and devices that authors use to communicate effectively. Featured authors include Frederick Douglass, Ralph Waldo Emerson, Emily Dickinson, Abraham Lincoln, Harriet Beecher Stowe, and Henry David Thoreau. Faculty includes includes Randall Fuller (Drury University) and Daina Raimey Berry, Evan Carton, and Cole Hutchison, all of The University of Texas at Austin. The workshop will take place from 8:30 a.m.–3:30 p.m. at the Byrne-Reed House, 1410 Rio Grande, Austin.

This workshop, held in partnership with the Texas State History Association, will cover state history since 1900. Topics will include Texas at the turn of the twentieth century, women and reform during the Progressive Era, the New Deal and World War II, the civil rights movement, boom and bust in Texas industry, and the rise of two-party Texas. Alwyn Barr (Texas Tech University), George Green (University of Texas at Arlington), Monica Perales (University of Houston), Joseph Pratt (University of Houston), Chase Untermeyer, former U.S. ambassador to Qatar, and Michael L. Gillette, executive director of Humanities Texas, will serve on the faculty. President Lincoln visiting the battlefield at Antietam, Maryland, October 3, 1862. General McClellan and fifteen members of his staff are in the group. Photographed by Alexander Gardner. National Archives photo 165-SB-23. 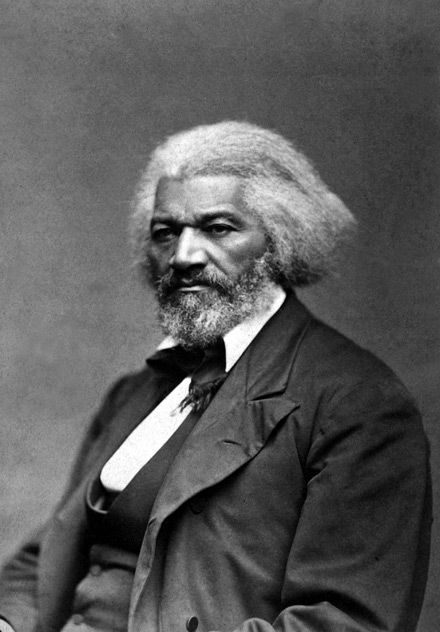 Frederick Douglass, whose work will be discussed in “American Writing on the Civil War.” Photo by George K. Warren, ca. 1879. Courtesy National Archives and Records Administration. 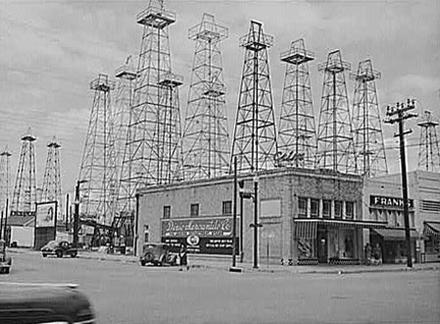