Foreward to D. B.: Reminiscences of D. B. Hardeman

Walter Cronkite wrote the following foreword to D.B.: Reminiscences of D. B. Hardeman by compiled by Larry Hufford.

Prepossessing in appearance, he was not. Not when I first knew him as a college youth nor later in life in the halls of the Texas Legislature, the U.S. House of Representatives, or academia.

His head seemed a little too round, his nose bordering on the bulbous, his skin marked by an early bout with smallpox or acne. Later he was to be too fat, too jowly, and the nose larger in size and brighter in color.

But, lordy, he was perhaps the handsomest man I ever knew. He was the greatest proof that it is what is inside that counts. And what was inside D. B. Hardeman was a strength of conviction, a dedication of purpose, an unwavering integrity, and a cool assessment of, but a passionate belief in, his fellow man.

I have no idea that I was the first but certainly I must have been an early entry on what was to become a very long list of those D. B. befriended. And to be befriended by D. B. was not in the range of ordinary experience. To be taken under his wing was to be enfolded in warmth and wisdom that it is in the ability of few to give.

There were others who contributed, but it was D. B.’s firm but gentle persuasion that set my journalistic course and inspired an attempt to live up to his high standards of professional ethics. There are many who share that blessing with me.

Yet D. B., I believe, never saw journalism as his life’s work. He ran for editor of the Daily Texan because he viewed the job as the most powerful political position on the University campus. He honored the truth seekers, the reporters who dug through the layers of official obfuscation or assaulted the fortresses of special interests to get the facts, but he granted his greatest admiration to the editors who used the pen to fight for the right as they saw it.

This to D. B. was an extension of politics, and politics was the adrenalin that pumped through his blood stream. He played it with the verve of a gamester, exultant in the contest. But he also viewed it as perhaps the most honorable of professions. He understood better than most the scheming, manipulative nature of the work, but as long as the unswerving purpose was to serve the best interests of the people, he also understood and admired those who were most accomplished at the art.

For his own reasons D. B., after proving his own abilities as a politician, chose to be an observer, an historian and a teacher, and yet, although he never intended to be a backroom boss or a political puppeteer, his wisdom was so deep and his counsel so valuable that he became unofficial advisor, consultant, and tutor to a couple of generations of congressmen and government servants. Goodness knows how many of our laws bear his anonymous mark.

Sometimes it seemed to me that D. B., never married, was a little sad, a little lonely even in the midst of his legion of friends. And it seemed to me that a man of such great talent had not realized his full capabilities in life. (And at a time when many wondered where the leaders were!)

But there are few who have given so much and have meant so much to so many that they warrant a book to memorialize their achievements. D. B. Hardman clearly does. 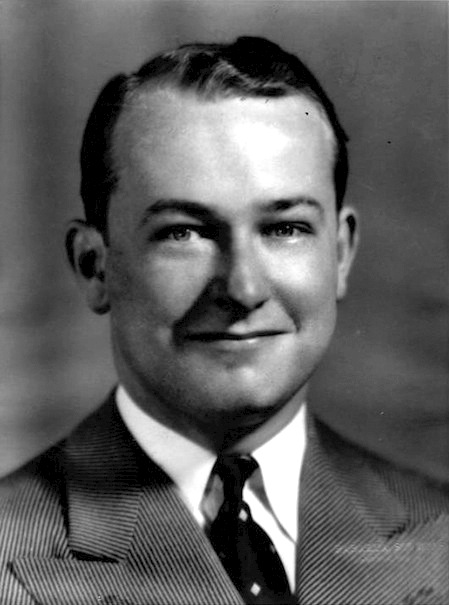