In celebration of Black History Month, Humanities Texas offers several perspectives on the life and career of Dr. Melvin B. Tolson (1898–1966).

Tolson, portrayed by Denzel Washington in the new film The Great Debaters, was an award-winning poet. He taught English for four decades, first at Wiley College in Marshall, Texas, and then at Langston University in Oklahoma. He was also a mentor to many African Americans, including James L. Farmer Jr. of Marshall (1920–1999), one of Tolson's debaters at Wiley College. Farmer, later a cofounder of the Congress of Racial Equality (CORE), received the Presidential Medal of Freedom in 1998.

Click the links below to learn more about Tolson, Farmer, and their roles in the civil rights movement:

Michael L. Gillette, "From the Director: Memories of Melvin B. Tolson"

James Farmer talks about Melvin Tolson in a 1986 public conversation at the Lyndon Baines Johnson Library: 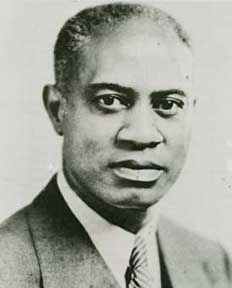 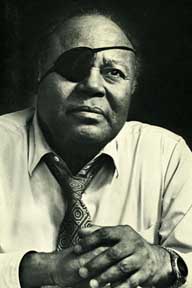