Librarian and historian Nettie Lee Benson rose from a bookish South Texas childhood to assemble one of the world’s leading archives for research on Latin America.

Born in 1905, Benson grew up on a family farm outside Sinton, not far from Corpus Christi, and earned her undergraduate degree from The University of Texas at Austin. In 1925, she took a teaching job in Monterrey. There, as she later explained, she "drank the waters of Mexico," and her lifelong interest in Latin America blossomed.

Benson became director of UT's Latin American Collection in 1942. In 1960, a group of libraries chose her to travel Latin America to acquire rare books and manuscripts. Her supervisor balked, but university president Harry Ransom intervened, giving Benson a generous budget to acquire materials for UT.

Ransom's gamble paid off. When Benson left on her first collecting trip, UT’s Latin American holdings totaled around 60,000 items. By her retirement in 1975, they held over 300,000. UT's Latin American Collection, now named in Benson's honor, stands as one of the leading centers for scholarship on the region. More»

Texas Originals is also available on iTunes! Subscribe to the podcast today to download all episodes that have aired to date and to automatically receive future episodes. 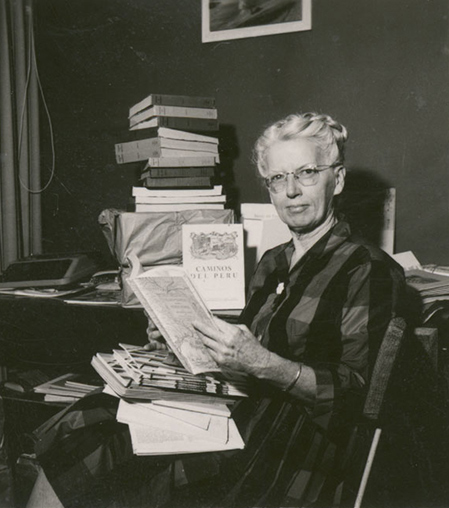