One
Read Humanities Texas board member and University of Houston professor Monica Perales's new book, Smeltertown: Making and Remembering a Southwest Border Community. Smeltertown uncovers the forgotten history of a once-vibrant Mexican American working class community located in El Paso, Texas. Formed at the base of the copper smelter operated by the American Smelting and Refining Company, Smeltertown—La Esmelda, as residents called it—was home to generations of Mexican workers and their families. Covering the community's nearly century-long history, her book traces the birth, growth, and ultimate demise of a working community, and in the process, places ethnic Mexicans and the U.S.-Mexico border at the center of the rise of transnational capitalism and the making of the urban West. More »

Two
Watch Laura Varela's documentary As Long as I Remember, which received grant support from Humanities Texas. The film examines the personal toll and legacy of the Vietnam War on three South Texas artists: visual artist Juan Farias, author Michael Rodriguez and poet/performance artist Eduardo Garza. As Long as I Remember airs on San Antonio's KLRN at 9 p.m. on September 16. For viewers outside of San Antonio, the film is available for purchase on Varela's website.

Three
Catch the exhibition "American Voices: Latino Literature in the United States/Voces Americanas: Literatura Latina en los Estados Unidos" at the Brazoria County Historical Museum in Angleton October 1–31, or see it at the Bulverde Spring Branch Library from now until September 25. A celebratory survey of works by Latinos from the past thirty years, this exhibition presents images of authors, books, movie stills, public presentations, and illustrations. It is based on an original exhibition at the University of Houston Library that documented a quarter century of Hispanic publishing in the United States.

Four
Learn about Latino veterans' service at the Corpus Christi Museum of Natural History: "Images of Valor: U.S. Latinos and Latinas of World War II" is on view September 1–30. In addition to historical photographs, this exhibition incorporates contemporary photographs of men and women of the WWII generation by photojournalist Valentino Mauricio. The exhibition focuses on individual stories that reveal larger themes such as citizenship and civil rights and features excerpts from the more than 500 oral history interviews that were part of the project. Even if you don't live near Corpus Christi, you can still learn about this fascinating topic through The University of Texas at Austin's online U.S. Latino and Latina World War II Oral History Project.

Five
See Bill Wittliff's stunning photos of vaqueros in Canadian, Texas. "Vaquero: Genesis of the Texas Cowboy" is on display at the River Valley Pioneer Museum September 1–October 31. In the early 1970s, Wittliff photographed the vaqueros as they went about daily chores that had changed little since the first Mexican cowherds learned to work cattle from a horse's back. Wittliff captured a way of life that now exists only in memory and in the photographs included in this exhibition. The exhibition features sixty-two digital carbon prints with bilingual narrative text that reveal the muscle, sweat, and drama that went into roping a calf in thick brush or breaking a wild horse in the saddle.

Seven
Celebrate Latin American traditions and culture at Dallas's ¡Fiesta Latinoamericana! on October 10. This annual festival captures the rhythms and flavors of a traditional Latin American plaza with two stages of music and dance from across the Americas, workshops in salsa, samba, tango and more, guest artists, children's workshops on crafts such as weaving and flores de papel, as well as two food courts and numerous entertainers. The free event takes place from 10 a.m. to 7 p.m. in the Dallas Arts District, on Flora Street by the Meyerson Symphony Center and the Cathedral of Guadalupe. Michael W. Rodriguez, an author featured in the film As Long as I Remember, during his Vietnam days. Photo by L. A. Parker. 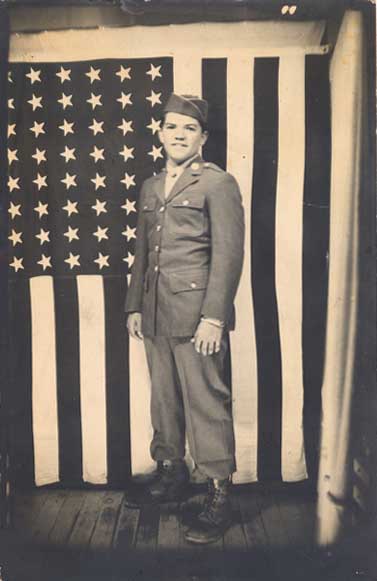 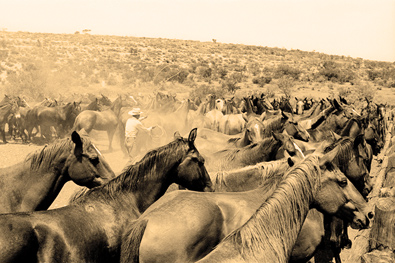 By Bill Wittliff, 1971. From the exhibition Vaquero: Genesis of the Texas Cowboy.