Eric Lupfer became executive director of Humanities Texas in August 2019. He served as the organization’s director of grants and education from 2004–2019.

Formerly a high school English teacher, Lupfer holds a PhD in English (2003) and an MS in information studies (2004) from The University of Texas at Austin and a BA with high honors in English from Bowdoin College (1991). While finishing his graduate studies at UT, he worked as assistant director of freshman writing in the university’s Division of Rhetoric and Composition and as editorial assistant on The Writings of Henry D. Thoreau, published by Princeton University Press.

From 2002–04, Lupfer worked at UT’s Harry Ransom Center, where he codirected the center’s summer teacher institutes and curated a traveling exhibition on Isaac Bashevis Singer that was displayed across the country during the centennial of the writer’s birth.

Lupfer has published articles on American literature and publishing history, including an essay in A History of the Book in America, a five-volume collaborative scholarly project sponsored by the American Antiquarian Society. The Missouri Review published his essay recounting his attempt to “thru-hike” the Appalachian Trail, which was later collected in the 2006 anthology The Best of the Missouri Review: Travel. 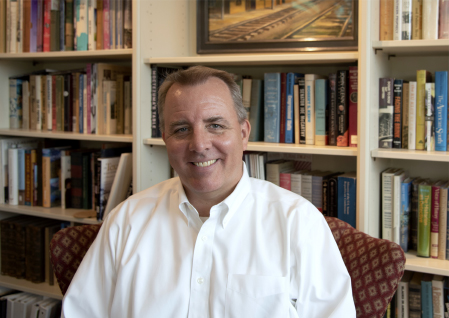