On June 18–21, 2018, Humanities Texas partnered with the University of Houston to hold a professional development institute for Texas teachers covering U.S. history during the colonial period.

The institute focused on American history during the colonial period, covering topics central to the state’s U.S. history curriculum including Native Americans, European exploration and colonization, colonial governments and economies, the growth of slavery in the colonies, the role of women, religion, and growing British identity in the colonies.

The institute took place at the University of Houston from June 18–21, 2018. The schedule is available here.

This program was part of the “Democracy and the Informed Citizen” Initiative, administered by the Federation of State Humanities Councils. The initiative seeks to deepen the public’s knowledge and appreciation of the vital connections between democracy, the humanities, journalism, and an informed citizenry. 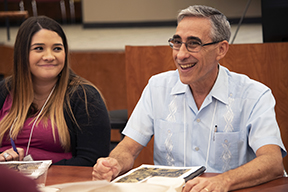 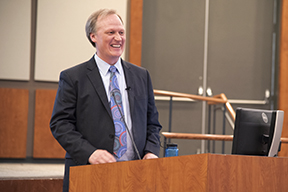 Denver Brunsman, associate professor and director of undergraduate studies in the history department at George Washington University, delivers a lecture on the French and Indian War. 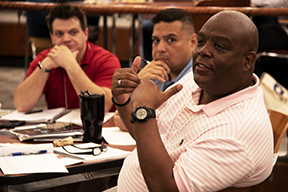 Ulysses Hobbs, an eighth-grade U.S. history teacher at West Orange-Stark Middle School, engages in a conversation on developing governmental institutions with Alan Tully of The University of Texas at Austin. 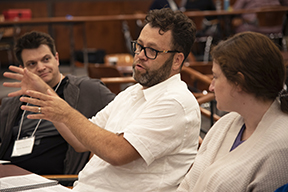 Todd Romero, associate professor of history at the University of Houston and Humanities Texas board member, leads a seminar on the New England colonies.