On June 5–8, 2017, Humanities Texas partnered with the LBJ Presidential Library and the College of Liberal Arts at The University of Texas at Austin to hold a professional development institute for Texas teachers covering U.S. history during the founding period.

The institute covered topics central to the founding period of U.S. history, including the American Revolution, George Washington’s military leadership and presidency, the Articles of Confederation, Native Americans and African Americans during the Revolution, medicine in early America, the development of the Constitution and the Bill of Rights, the rise of political parties, the role of women during the founding period, Alexander Hamilton and the development of the U.S. economic system, the establishment of the federal judiciary, and American foreign policy from Washington to Monroe.

The institute took place at the LBJ Presidential Library in Austin from June 5–8, 2017. The schedule is available here. 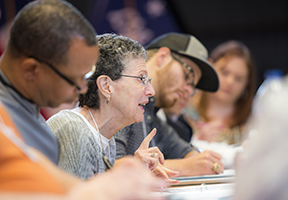 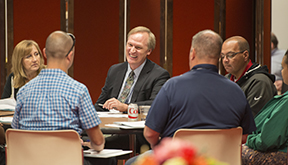 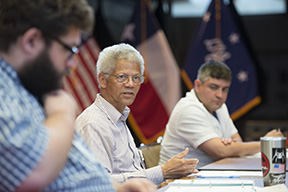 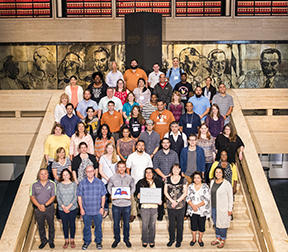 David M. Oshinsky, professor of history and director of the Division of Medical Humanities at New York University, conducts a lecture on “Medicine and Mayhem in the Early Republic” in Austin. 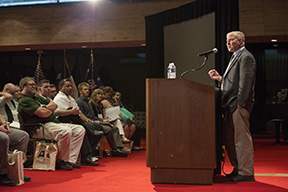 Jack N. Rakove, William Robertson Coe Professor of History and American Studies and professor of political science at Stanford University, entices educators with a lecture on the Founding Fathers and the American Revolution in Austin.