The History of the American Southwest

In June 2016, Humanities Texas and the Center for the Study of the Southwest at Texas State University partnered to hold a professional development institute for Texas teachers covering the history of the American Southwest from the colonial period through the twentieth century.

The institute emphasized close interaction with scholars, the examination of primary sources, and the development of effective pedagogical strategies and engaging assignments and activities. The program was designed ultimately to enhance teachers’ mastery of the subjects they teach and to improve students' performance on state assessments. Content was aligned with the secondary social studies TEKS. Teachers received books and other instructional materials.

The institute took place from June 19–22, 2016, at the Wittliff Collections on the campus of Texas State University in San Marcos. A schedule of the institute can be found here.

Program partners included the Wittliff Collections and Texas State University. The institute was made possible with major funding from the State of Texas, with ongoing support from the National Endowment for the Humanities. 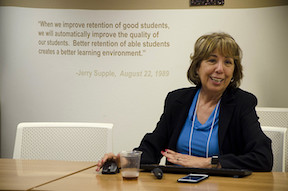 Norma E. Cantu, the Norene R. and T. Frank Murchison Endowed Professor in Humanities at Trinity University, leads a seminar on the literature of the Southwest at the "History of the American Southwest" institute in San Marcos. 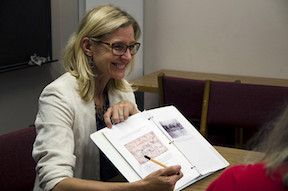 Erika M. Bsumek, associate professor of history at The University of Texas at Austin, leads a seminar on westward expansion at the "History of the American Southwest" institute in San Marcos.