The Making of Modern America, 1877–Present

In June 2012, Humanities Texas held institutes on the campuses of Southern Methodist University (Dallas) and the University of Houston examining significant events and themes in U.S. history since Reconstruction. Eighty-five teachers participated in these three-day institutes.

Each institute curriculum aligned with the TEKS for eleventh-grade U.S. history. Topics addressed included the Gilded Age, the Progressive Era, World War I, the literature and culture of the 1920s, the New Deal, World War II, American foreign policy following WWII, the legislative and political battles of the 1960s, African American and Mexican American civil rights, and Reagan and the Cold War.

As in past years, institutes emphasized close interaction with scholars, the examination of primary sources, and the development of effective pedagogical strategies and engaging assignments and activities.

Our July/August 2012 newsletter included slideshows of images from the Dallas and Houston institutes.

View videos of faculty lectures from the institutes:

These institutes were made possible with support from the State of Texas and the National Endowment for the Humanities. Additional support was provided by the Sid W. Richardson Foundation and the Albert and Ethel Herzstein Charitable Foundation. 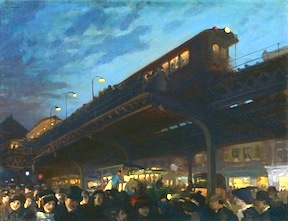 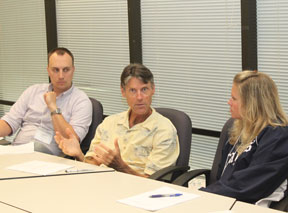 H. W. Brands, Dickson, Allen, Anderson Centennial Professor of History at The University of Texas at Austin, discusses the Gilded Age with teachers in Houston. David M. Oshinsky, Jack S. Blanton Chair in History at The University of Texas at Austin and a Pulitzer Prize winner, shares insights with teachers in Dallas.