The institutes covered topics central to courses in U.S. history, such as the factors that encouraged European exploration during the colonial era; the American Revolution; the establishment of the Constitution; the challenges that the American government and its leaders faced during the early years of the Republic; the effects of westward expansion on the political, economic, and social development of the nation; and the causes of the Civil War. Content was aligned with the Texas Essential Knowledge and Skills (TEKS), with particular emphasis on newly added or revised standards.

Educational specialists from the Amon Carter Museum of American Art and the National Archives and Records Administration also served on the institute faculty, providing participants with facsimiles of historic documents that support the teaching of U.S. history.

View videos of faculty lectures from the institute:

More information can be found in the institutes' final report

Program partners includes the Center for Legislative Archives at the National Archives and Records Administration; the Amon Carter Museum of American Art; the Museum of Fine Arts, Houston; the Tom Lea Institute; the Institute of Texan Cultures; the National Cowgirl Museum and Hall of Fame; and the Fort Worth Museum of Science and History.

The institute was made possible with major funding from the State of Texas and a We the People grant from the National Endowment for the Humanities. Additional support was provided by the Albert and Ethel Herzstein Charitable Foundation, the Philip R. Jonsson Foundation, the George and Anne Butler Foundation, the UTEP Teachers for a New Era Program, and the Tenneco Lecture Series. 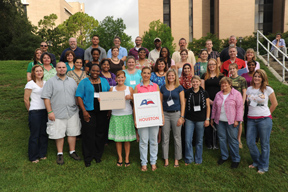 Participants on the campus of the University of Houston.. 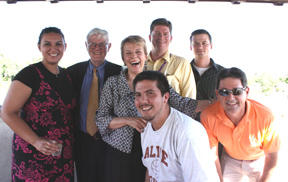 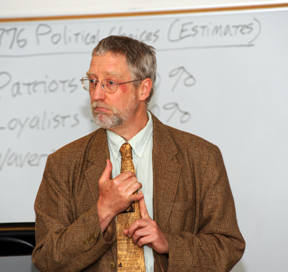 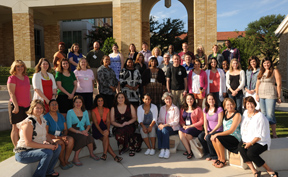 Fort Worth institute participants gather on the campus of Texas Christian University.