In June 2012, Humanities Texas held institutes on The University of Texas campuses in Brownsville and San Antonio examining significant events and themes in U.S. history from the colonial era through Reconstruction. Eighty-seven teachers participated in the three-day institutes.

The curriculum tracked to the state standards for eighth-grade U.S. history. Topics addressed included Native Americans and Western Expansion, How Americans Invented Their Constitution and The Making of the U.S. Constitution.

As in past years, institutes emphasized close interaction with scholars, the examination of primary sources, and the development of effective pedagogical strategies and engaging assignments and activities. The programs were designed ultimately to enhance teachers' mastery of the subjects they teach and to improve students' performance on state assessments.

Our July/August 2012 newsletter included a slideshow of images from the Brownsville and San Antonio institutes.

View videos of faculty lectures from the institutes:

These institutes were made possible with major funding from the State of Texas and ongoing support from the National Endowment for the Humanities. 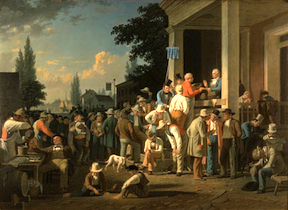 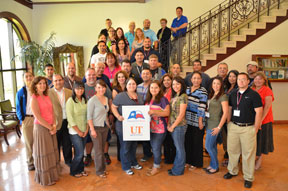 Teacher participants at The University of Texas at Brownsville. 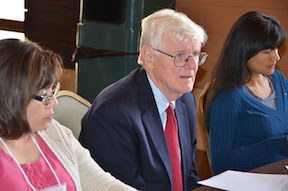