In June 2006, seventy-nine Texas teachers attended two professional development institutes organized by Humanities Texas, the University of Houston, and The University of Texas at El Paso examining the U.S.-Mexico border, comparing the histories of the Americas on either side.

The Houston and El Paso institutes explored the history and culture of the U.S.-Mexico Borderlands, aiming to broaden participants’ understanding of the Spanish colonial experience and its impact on U.S. history. Topics included the history of the populations indigenous to the U.S.-Mexico border, the African slave trade and its legacy in the Southwest, diplomatic relations between the U.S. and Latin America, and the changing patterns of immigration to Texas and the U.S. over the past century. Presentations also addressed the visual, literary, and musical traditions of both Latin America and the Hispanic U.S. and considered their influence upon U.S. life and culture. Content was aligned with the Texas Essential Knowledge and Skills (TEKS), with particular emphasis on newly added or revised standards.

Educational specialists from the Institute of Texan Cultures also served on the institute faculty, providing participants with facsimiles of historic documents that support the teaching of U.S. history.

More information can be found in the institutes’ final report.

The institute was made possible with major funding from a We the People grant from the National Endowment for the Humanities. 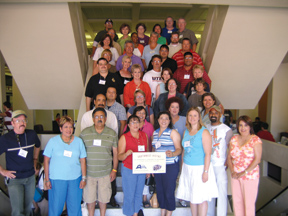 Participants gather in The University of Texas at El Paso’s student union. 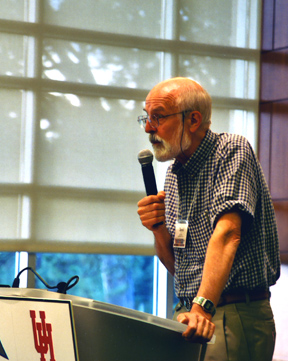 David J. Weber (Southern Methodist University) opened both the Houston and El Paso institutes with public lectures examining the history of the American Southwest over the past five centuries. 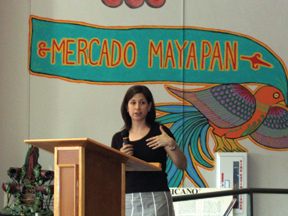