In February 2014, Humanities Texas held two one-day workshops in Austin and Dallas for teachers of courses in government and civics.

Topics addressed included the U.S. Constitution and the branches of the federal government.

Seventy teachers attended the workshops. The workshops emphasized close interaction with scholars, the examination of primary sources, and the development of effective pedagogical strategies and engaging assignments and activities. Content was aligned with the secondary social studies TEKS, with particular emphasis on the standards for U.S. government. Teachers received books and other instructional materials and were trained in the examination and interpretation of primary sources.

Our March 2014 newsletter included a slideshow of images from the workshop. 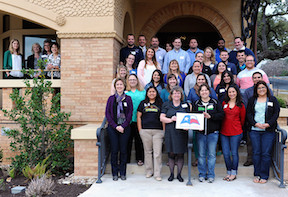 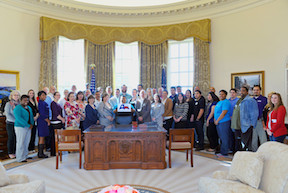