In June 2017, Humanities Texas partnered with the Center for the Study of the Southwest and the Wittliff Collections at Texas State University and the Center for Public History at the University of Houston to hold two teacher institutes focused on the Texas literary tradition.

Each institute focused on topics and skills central to the state's eleventh-grade English Language Arts curriculum. Topics addressed included the regional literary traditions that have shaped Texas writing; teaching Texas fiction, poetry, memoir, and journalism; and how Texas has been portrayed in not only literature but also visual art, music, television, and film.

As in past years, the institutes emphasized close interaction with scholars and writers and the examination of primary texts. Faculty presentations provided resources and strategies for helping students to become better readers of fiction, poetry, and expository prose, while also addressing the critical reading skills necessary for success at the post-secondary level.

National Book Award finalist John Phillip Santos (The University of Texas at San Antonio) delivered the keynote presentation at the San Marcos institute. The keynote speaker at the Houston institute was Nicolás Kanellos, founder and director of Arte Público Press and director of the Recovering the U.S. Hispanic Literary Heritage of the United States program at the University of Houston. 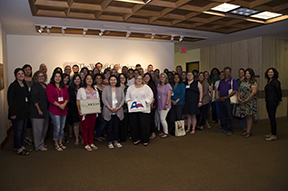 Participants of the “Writing Texas” workshop gather in the Alkek Library in the Wittliff Collections. 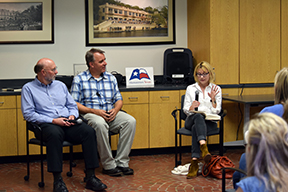 Elizabeth Crook, novelist of historical fiction, and Stephen Harrigan, novelist and faculty fellow at the James A. Michener Center for Writers at The University of Texas, host a seminar on reading and discussion with Humanities Texas Director of Grants and Education, Eric Lupfer, in San Marcos. 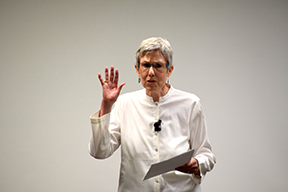 Nan Cuba, author, professor, and writer-in-residence at Our Lady of the Lake University, delivers a lecture on fiction in San Marcos. 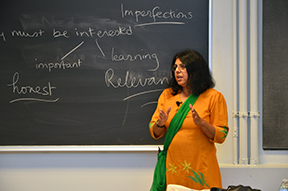 Chitra Banerjee Divakaruni, poet, author, and Betty and Gene McDavid Professor of Creative Writing at the University of Houston, lectures educators on autobiographies and memoirs in Houston. 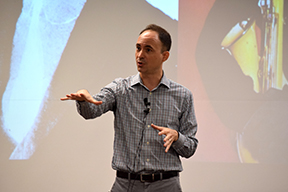 Jason Mellard, assistant director of the Center for Texas Music History and a lecturer in the department of history at Texas State University, educates workshop participants on “Texas in Music” in San Marcos.