This summer, Humanities Texas will conduct five teacher professional development institutes throughout the state. For history teachers, we will hold institutes in Fort Worth (June 10–13) on the Early American Republic Era, in Austin (June 17–20) on the Progressive Era, and in San Antonio (June 24–27) on Texas history in the nineteenth and twentieth centuries. For English language arts teachers, we will hold institutes in Austin (June 10–13) on teaching literature at the secondary level and in Houston (June 17–20) on teaching Shakespeare.

The New American Republic: From Washington to Madison

The institute in Fort Worth (June 10–13), titled "The New American Republic: From Washington to Madison," will take place at Texas Christian University and focus on America during the Early Republic Era, covering topics including the presidencies of George Washington, John Adams, Thomas Jefferson, and James Madison; the first U.S. Congress; Alexander Hamilton and the American economy; foreign policy and national defense; American women in the early nineteenth century; the Marshall Court; Native Americans in the expanding nation; slavery in the Early Republic; and the War of 1812.

The English language arts institute in Austin (June 10–13), titled "Teaching Literature," will take place at The University of Texas at Austin and will provide resources and strategies for helping students to become better readers of fiction, poetry, drama, and expository prose, while also addressing the critical reading and media literacy skills necessary for success at the post-secondary level. The program will also include presentations on incorporating art and film in ELA courses and teaching with the Close Reading Interpretive Tool developed by faculty at UT Austin.

The history institute in Austin (June 17–20), titled "The Progressive Era," will take place at the LBJ Presidential Library and focus on American history in the early twentieth century, covering topics including the presidencies of Theodore Roosevelt and Woodrow Wilson, foreign policy, muckrakers and reformers, the changing relationship of government and business, immigration, women's suffrage, the struggle for health in the early twentieth century, new forms of popular entertainment, African Americans in the Progressive Era, American art during the period, and America and World War I.

The institute in Houston (June 17–20), titled "Teaching Shakespeare," will take place at Rice University and focus on teaching the works of William Shakespeare at the secondary level. Topics to be addressed include Shakespeare’s world, works, and the sources he drew upon in his writing; approaches to teaching the major tragedies, comedies, and sonnets; and intersections between Shakespeare and Latinx drama. The institute will also include presentations on developing engaging writing assignments that emerge from the study of Shakespeare’s works.

Texas: From Republic to Mega-State

The institute in San Antonio (June 24–27), titled "Texas: From Republic to Mega-State," will take place at The University of Texas at San Antonio and focus on Texas history in the nineteenth and twentieth centuries. Topics to be covered include the Republic and early statehood periods, Mexican Americans and Native Americans in nineteenth-century Texas, Texans in the Civil War, cattle and railroads, the Populist and Progressive Movements, women's suffrage, efforts to secure civil rights for African American and Latinx Texans in the twentieth century, LBJ's Texas, the state's oil industry, and the rise of two-party Texas.

The institutes are open to all middle and high school social studies, language arts, and humanities teachers but will focus on topics and skills central to the state's secondary U.S. history, Texas history, and language arts curricula. Priority consideration will be given to early-career teachers in low-performing schools and districts.

The San Antonio institute is also supported by the Kronkosky Charitable Foundation. 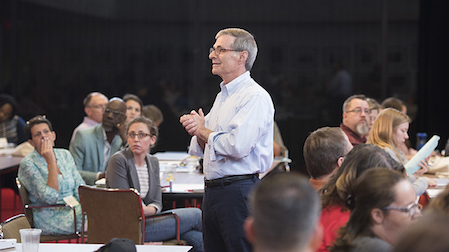 David M. Oshinsky, professor of history at New York University and director of the Division of Medical Humanities at NYU Medical School, answers questions after a morning lecture. 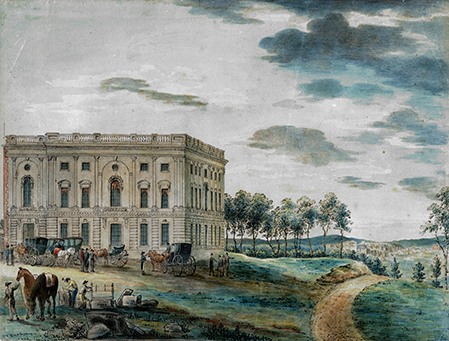 A view of the Capitol of Washington before it was burnt down by the British by William Russell Birch, c. 1800. Prints and Photographs Division, Library of Congress. 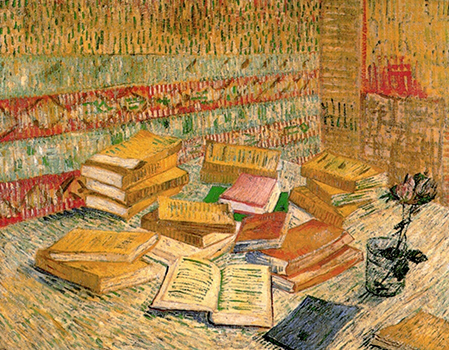 Independence Hall at Washington-on-the-Brazos by Charles L. Smith, c. 1852, Courtesy of the Texas State Preservation Board. 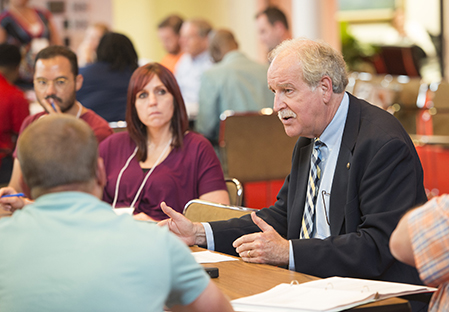 Joseph F. Kobylka, associate professor of history at Southern Methodist University, leads an afternoon seminar at the "America in the 1920s and 1930s" teacher institute in June 2018.