"Conquering Polio and Other Medical Advances of the 1940s and 1950s," David M. Oshinsky

On June 15, 2016, Humanities Texas partnered with The University of Texas at Austin's College of Liberal Arts and the LBJ Presidential Library to hold a public lecture and discussion featuring David M. Oshinsky, director of the Division of Medical Humanities at New York University. Oshinsky received the 2006 Pulitzer Prize for History for Polio: An American Story. His lecture examines the development of the Polio vaccine.

"Rival Visions of America: Economic Development in the 1820s and Beyond," Daniel Walker Howe

On June 6, 2016, Humanities Texas partnered with the University of Houston to hold a public lecture and discussion by Daniel Walker Howe, Rhodes Professor of American History Emeritus at Oxford University and professor of history emeritus at the University of California, Los Angeles. Howe's lecture draws from his book What Hath God Wrought: The Transformation of America, 1815–1848, for which he received the 2008 Pulitzer Prize for History.

On June 12, 2016, Humanities Texas partnered with The University of Texas at San Antonio to organize a public lecture and discussion by Alan Taylor. Taylor, who holds the Thomas Jefferson Chair in American History at the University of Virginia, received the 2014 Pulitzer Prize for History for The Internal Enemy: Slavery and War in Virginia, 1772–1832 and the 1996 Prize for William Cooper's Town: Power and Persuasion on the Frontier of the Early American Republic. Taylor's lecture surveys early encounters between European colonists and Native Americans.

The Pulitzer Prizes Centennial Campfires Initiative was a joint venture of the Pulitzer Prize Board and the Federation of State Humanities Councils in celebration of the 2016 centennial of the Prizes. The initiative sought to illuminate the impact of journalism and the humanities on American life today, to imagine their future, and to inspire new generations to consider the values represented by the body of Pulitzer Prize-winning work.

For their generous support of the Campfires Initiative, we thank the Andrew W. Mellon Foundation, the Ford Foundation, Carnegie Corporation of New York, the John S. and James L. Knight Foundation, the Pulitzer Prizes Board, and Columbia University.

Also with support from the Campfires Initiative...

Humanities Texas partnered with the University of North Texas's Mayborn School of Journalism to present "The Pulitzer Prizes and Journalism's Impact on UNT" and with the Friends of the Dallas Public Library to hold a public lecture by author Gilbert King. 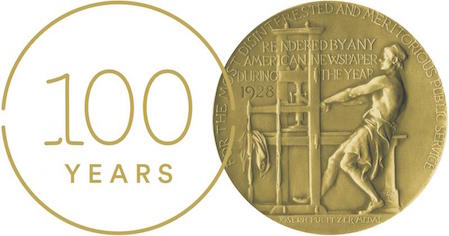