"America at War": Apply Now for Our Summer Teacher Institutes

Humanities Texas is now accepting applications for our summer institutes. In June 2013, we will hold teacher professional development institutes in Austin (June 10–13), Houston (June 11–14), El Paso (June 17–20), and San Antonio (June 18–21) examining American wars from the colonial era through the twentieth century. These institutes are made possible with support from the State of Texas and the National Endowment for the Humanities.

The institutes in Austin (June 10–13) and Houston (June 11–14), titled "America at War: From the Colonial Era to 1877," will align with the state’s eighth-grade U.S. history curriculum. Topics to be addressed include the American Revolution, the Revolutionary War, the Pueblo Revolt, the War of 1812, the Mexican War, the Indian wars in the southwest, and secession and the Civil War.

The institutes in El Paso (June 17–20) and San Antonio (June 18–21), titled "America at War in the Twentieth Century," will follow the eleventh-grade U.S. history curriculum. Topics to be covered include the Spanish American War, World War I, American isolationism and neutrality between the wars, World War II, Latinos in World War II, the origins of the Cold War, the Truman Doctrine, and the wars in Korea and Vietnam.

The institutes are open to all middle and high school social studies, language arts, and humanities teachers but will focus on topics and skills central to the state's secondary U.S. history curriculum. Priority consideration will be given to early-career teachers in low-performing schools and districts. Participants will receive a $200 stipend, as well as CPE credit and a wealth of curricular materials. On-campus housing is available to out-of-town teachers at no cost. Teachers traveling to the institute from more than twenty-five miles one way are eligible to receive a travel reimbursement of up to $300 for eligible expenses. GT credit is possible, depending on individual district standards.

Please direct any questions to Jillian Owens or Sheena Moore at 512.440.1991 or institutes@humanitiestexas.org.

Read on to learn about select faculty members, or view confirmed faculty for the Austin, Houston, El Paso, and San Antonio institutes. 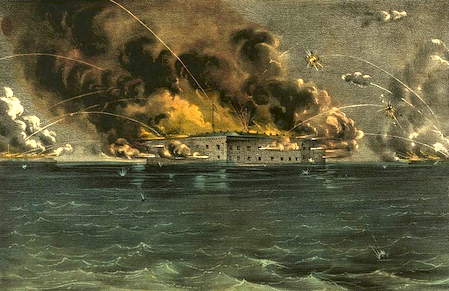 Pauline Maier (keynote speaker, Austin) is the William R. Kenan Jr. Professor of American History at MIT. She received her PhD from Harvard University in 1968. Her book publications include From Resistance to Revolution: Colonial Radicals and the Development of American Opposition to Britain, 1765-1776 (1972); The Old Revolutionaries: Political Lives in the Age of Samuel Adams (1980); The American People: A History (1986), a textbook for junior-high-school students; and American Scripture: Making the Declaration of Independence (1997). In 1998 she received MIT's Killian Award, given annually to one senior faculty member for outstanding achievement. Her most recent book, Ratification: The People Debate the Constitution, 1787-1788 (2011) is the first comprehensive narrative history of the ratification of the U.S. federal Constitution. The Wall Street Journal listed it among the top ten books of the year; the New York Times Book Review included it in its list of one hundred "notable" books of 2010; and Esquire magazine included it among the best ten books of 2011. It won the Fraunces Tavern Museum Book Award (shared with Ron Chernow's Washington: A Life) for "the best newly published work on the American Revolutionary period, combining original scholarship, insight and good writing;" the George Washington Book Prize, for "the best book on America's founding era, especially those that have the potential to advance broad public understanding of American history;" the Ruth Ratner Miller Award for "excellence in American history;" the Henry Paolucci/Walter Bagehot Book Award of the Intercollegiate Studies Institute, and the American Historical Society's Littleton-Griswold Book Prize for a book on American law and society. David M. Kennedy (keynote speaker, San Antonio) is the Donald J. McLachlan Professor of History Emeritus and Director of the Bill Lane Center for the American West at Stanford University. He received the Dean's Award for Distinguished Teaching in 1988. He was awarded the Pulitzer Prize for History in 2000 for Freedom from Fear: The American People in Depression and War, 1929–1945. He received an AB in history from Stanford University and his MA and PhD from Yale University. Reflecting his interdisciplinary training in American studies, which combined the fields of history, literature, and economics, Kennedy's scholarship is notable for its integration of economic and cultural analysis with social and political history. His 1970 book, Birth Control in America: The Career of Margaret Sanger, embraced the medical, legal, political, and religious dimensions of the subject and helped to pioneer the emerging field of women's history. Over Here: The First World War and American Society (1980) used the history of American involvement in World War I to analyze the American political system, economy, and culture in the early twentieth century. Freedom from Fear recounts the history of the United States in the two great crises of the Great Depression and World War II. George C. Herring (kenynote speaker, El Paso) is professor emeritus at the Patterson School of International Diplomacy and Commerce at the University of Kentucky, where he spent eleven years as chair of the Department of History. He was visiting professor at the U.S. Military Academy and the University of Richmond, as well as a Fulbright Scholar in New Zealand. Herring's connection to the Patterson School started in the 1970s. He received his BA from Roanoke College and his PhD from the University of Virginia. Herring's research is centered on U.S. foreign relations. His most recent work is From Colony to Superpower: American Foreign Relations Since 1776 (part of the Oxford History of the United States series). Other published works include The Diaries of Edward R. Stettinius; America's Longest War: The United States and Vietnam, 1950–1975; The Secret Diplomacy of the Vietnam War: The "Negotiating Volumes" of the Pentagon Papers; and LBJ and Vietnam: A Different Kind of War. Herring is one of the nation's foremost experts on the Vietnam War. Abner Linwood "Woody" Holton III (keynote speaker, Houston) is Peter and Bonnie McCausland Professor of History at the University of South Carolina. His 2009 book, Abigail Adams, which he wrote on a Guggenheim fellowship, won the Bancroft Prize. Holton is the author of Unruly Americans and the Origins of the Constitution (2007), a finalist for the George Washington Book Prize and the National Book Award. His first book, Forced Founders: Indians, Debtors, Slaves and the Making of the American Revolution in Virginia (1999), won the Organization of American Historians's Merle Curti award. For the 2012-2013 academic year, Holton has a National Endowment for the Humanities fellowship to write a book called Liberty is Sweet: An Integrated History of the American Revolution. He received his PhD from Duke University.