The second defense of the Alamo took place in 1908, when Adina De Zavala barricaded herself for three days in the long barracks, or convento, to protest plans for its destruction. Forbidden food and water, she was determined to save the Alamo compound from what she called "business greed."

De Zavala was born in Harris County in 1861 to an Irish mother and Mexican father. Her grandfather, Lorenzo, was the first vice president of the Republic of Texas. Adina moved to San Antonio with her family in the 1880s and taught elementary school as a young woman.

A self-described "student and jealous lover of Texas history," De Zavala applied her considerable energies toward saving the Alamo. Her dramatic efforts became national news and focused public attention on its preservation. De Zavala also worked with the San Antonio Conservation Society and other groups to ensure the rescue of the Spanish Governor's Palace in Military Plaza.

De Zavala was a charter member of the Texas State Historical Association and a leader in the Daughters of the Republic of Texas. She founded the Texas Historical and Landmarks Association, which placed numerous historic markers throughout the state.

A tireless protector of Texas history, De Zavala is now honored with a marker in the patio of the convento at the Alamo.

For More about Adina De Zavala

The Adina Emilia De Zavala Papers are held by the Dolph Briscoe Center for American History at The University of Texas at Austin. The collection includes documents related to the founding of the De Zavala Chapter of the Daughters of the Republic of Texas and personal papers of the De Zavala family.

The Texas Collection at Baylor University holds an Adina De Zavala collection, which includes correspondence, photographs, legal material, and literary writings. Also included is the floor plan of the Spanish Governor's Palace and a map dealing with the 1836 appearance of the Alamo compound.

De Zavala, Adina. History and Legends of the Alamo and Other Missions in and around San Antonio. San Antonio, 1917.

Flores, Richard R. "Adina De Zavala and the Politics of Restoration." Introduction to History and Legends of the Alamo and Other Missions in and around San Antonio, by Adina De Zavala, ed. Richard Flores. Houston: Arte Público Press, 1996. 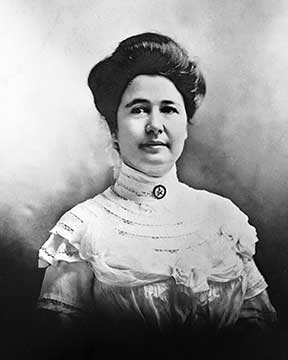 Adina De Zavala, c. 1900s. This photo was published on the cover of sheet music for "Remember the Alamo," by Jessie Beattie Thomas, 1908. Courtesy of the Institute of Texan Cultures. 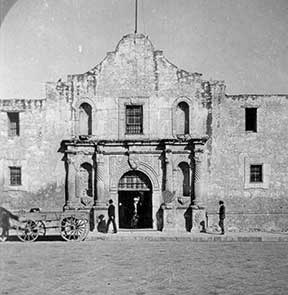