Veterans' Voices brings veterans, military families, and members of the public together to read aloud from classical and contemporary literary texts about war, military service, and the return to civilian life. After the readings, experienced discussion leaders facilitate conversations, exploring how the texts relate to the participants' experiences and allowing for meaningful reflection on combat and civic responsibility. Upcoming Veterans' Voices programs will take place in Austin, College Station, Houston, El Paso, and San Antonio in collaboration with colleges and universities in each city.

Congressman Michael T. McCaul, Chairman of the House Committee on Homeland Security, emphasized the program's significance: "Every man and woman who dons the uniform, takes the oath to serve, and dedicates their life to defend our country should not have to live alone with the burden of their sacrifice. That is why I am thrilled NEH awarded Humanities Texas a $99,000 grant for a statewide expansion of Veterans' Voices. This inspiring program helps our nation’s heroes and their families adjust back to civilian life, share stories, and remember that they are not alone. Thank you to all of the veterans, families, and task force members involved in this program for your service. You are all heroes."

Veterans' Voices offers participants the opportunity to better understand their individual and shared experiences by engaging with the humanities in a collaborative setting. Task force member and former Army Ranger John Meyer says, "Within a short time, the circle of strangers transforms into a community, one where individual members truly learn from one another. Our community-building program helps mitigate the alienation that veterans often feel when returning from war, acknowledges the uneven distribution of experiences of war and, yet, still pulls people together to help understand the universals of the human condition."

In recognition of the importance of the humanities both in helping Americans understand the experiences of service members and in assisting veterans as they return to civilian life, NEH offers the Dialogues on the Experience of War grant program as part of its larger initiative Standing Together: The Humanities and the Experience of War. More information is available online at www.neh.gov. 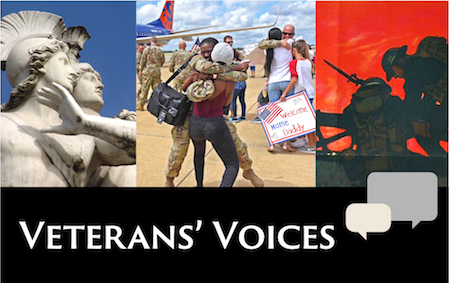 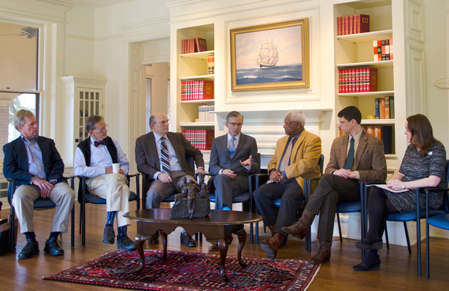