The quiet cotton farming community of Wharton, Texas, is the touchstone for the career of playwright and screenwriter Horton Foote.

Born in 1916 and raised in Wharton, Foote first dreamed of becoming an actor. But he soon discovered his true genius lay in writing, not performing.

He began writing plays about everyday people living in small Texas towns like his boyhood home, and his work was praised for its authenticity. One critic compared him to Faulkner, noting Foote's "ability to make his own corner of America stand for the whole."

In 1953, Foote's television drama The Trip to Bountiful aired on NBC to great acclaim. The story—about an elderly woman's determined journey back to the Texas town where she was born—was a Broadway hit, and later, a popular film.

Foote went on to win Academy Awards for his adaptation of To Kill a Mockingbird and for his original screenplay for the film Tender Mercies. In 1995, Foote received the Pulitzer Prize for Drama.

But no matter how wide an audience his work reached, Foote continued to write about the kind of people he knew from his childhood. "I believe very deeply in the human spirit," he once said. "I've known people that the world has thrown everything at. . . . And yet something about them retains a dignity. They face life and they don’t ask quarters."

For More about Horton Foote

In May 2011, Humanities Texas reproduced a conversation between Ramona Cearley and Horton Foote in our monthly e-newsletter. The text was originally published in Conversations with Texas Writers, a volume released by The University of Texas Press in 2005 in honor of Humanities Texas's thirtieth anniversary.

The Horton Foote Papers are housed at the DeGolyer Library at Southern Methodist University. The papers include photographs, albums, and correspondence. Some items in the digital collection are viewable online.

A 1986 interview with Horton Foote on the subject of his writing process and influences is available at the Texas Archive of the Moving Image.

The Horton Foote Society promotes the study of Foote and his work through intellectual inquiry and research, academic conferences, popular and academic publications, public lectures, and the public presentation of plays. 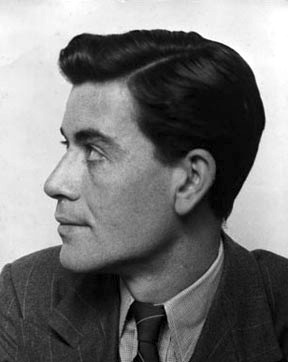 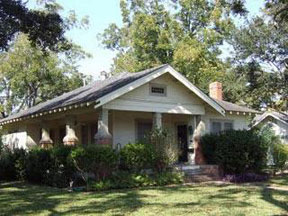 The Brooks-Foote House in Wharton, Texas, where Foote grew up. Photo by KAO. 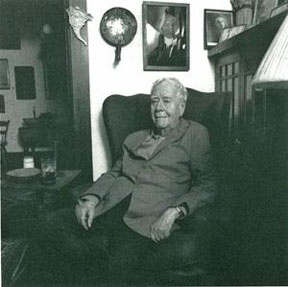 Horton Foote in his home. Photo by Ramona Cearley.