Spanish explorer Álvar Núñez Cabeza de Vaca first set foot on land that would become Texas in 1528, when his crude raft ran aground near Galveston Island. The raft held survivors of an ill-fated Spanish expedition to settle Florida.

Cabeza de Vaca then embarked upon what one scholar described as "the most remarkable [journey] in the record of American exploration."

He lived for several years among Texas Indians, learning the tribes' languages and customs. In time, he reunited with three other survivors of the original expedition. The travelers gained a reputation as healers, and their fame spread as they slowly made their way to Mexico.

Cabeza de Vaca and his companions eventually arrived in Mexico City in 1536. They had traveled nearly 2,400 miles over eight years in Texas and the Mexican borderlands.

In 1542, he published an account of his adventures, the Relación, the first literary work with Texas as its subject. This remarkable book about the region's people, landscape, flora, and fauna is now considered a "cornerstone of the history of the Spanish Southwest."

Cabeza de Vaca later served as a colonial official in South America, where he argued that Spanish colonists should deal fairly with native populations. Sadly, he was arrested for his unpopular views and returned to Spain, where he lived modestly for the rest of his days.

There are a number of historical markers commemorating Cabeza de Vaca in Texas, but one of the most prominent is the statue of the explorer in Houston's Hermann Park. Spanish-born Houston artist Pilar Cortella fashioned the bust, which the city acquired in 1986.

The greatest monument to Cabeza de Vaca's adventures, the Relación, was published in 1542 and expanded in 1555. The Wittliff Collections at the Alkek Library of Texas State University-San Marcos own a rare copy of the 1555 edition. The book is a centerpiece of the Wittliff's rich archival collections of Southwestern authors, photographers, musicians, and filmmakers. While the Relación is not always on view, exhibitions, readings, and other public events continually celebrate the Southwestern literary world that arose in its wake.

The Relación is also available online.

PBS offers a translation of Cabeza de Vaca’s 1542 account of his journey from Galveston to Culiacan, Mexico.

Texas Beyond History features an online educational exhibition that traces Cabeza de Vaca's explorations in Texas and Mexico, with emphasis on native foodways and cultures. The site also features a TEKS-based lesson plan on Cabeza de Vaca that utilizes both primary documents and secondary sources.

Howard, David A. Conquistador in Chains: Cabeza de Vaca and the Indians of the Americas. Tuscaloosa: University of Alabama Press, 1997. 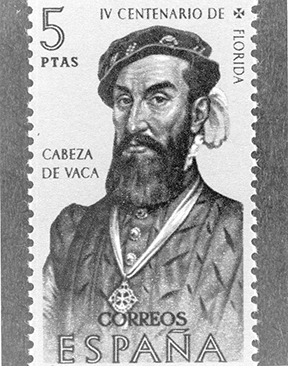 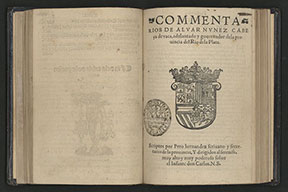 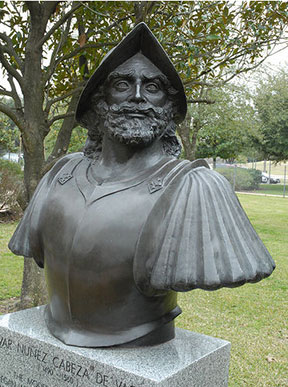