The writer and folklorist Américo Paredes was born in Brownsville in 1915. Even as a youth, he saw that a distinct culture had emerged in the Rio Grande Valley—not just Mexican or American, but a blend of both.

After serving as an Army journalist during World War II, Paredes returned to his home state to train as a scholar. In 1956, he became the first Mexican American to receive a doctorate in English from The University of Texas.

Paredes made the border the focus of his forty-year career. He studied and celebrated the distinctive stories and humor of the lower Rio Grande, at the same time fighting to correct prejudice against Mexicans and Mexican Americans.

Paredes described his most famous work of scholarship—titled With His Pistol in His Hand—as "two books in one." It tells the story of Gregorio Cortez, a Tejano ranchhand accused of murder who evaded capture by the Texas Rangers for more than a week. The book is also a pioneering study of the border ballads—or corridos—that later portrayed Cortez as a symbol of courage and resistance.

Paredes also wrote poetry and fiction and inspired writers of the Chicano literary movement in the sixties and seventies.

Paredes died in 1999. He is now regarded as one of the foremost Mexican American scholars of the twentieth century.

For More about Américo Paredes

The Nettie Lee Benson Latin American Collection at The University of Texas at Austin holds the Américo Paredes Papers, which include correspondence, creative works, printed material, sound recordings, photographic material, and artifacts from his life and work.

A number of Paredes's books are still in print, including With His Pistol in His Hand and George Washington Gómez, which Paredes described as a "Mexicotexan novel." The Américo Paredes homepage, maintained by The University of Texas at Austin Libraries, offers a wealth of information about the groundbreaking work of this preeminent scholar.

In April 2016, The University of Texas Rio Grande Valley held a program in Brownsville commemorating Paredes and his legacy.

In the final decade of his life, both the American and Mexican governments recognized Paredes's accomplishments. In 1989, the National Endowment for the Humanities presented Paredes with the Charles Frankel Prize in honor of his outstanding contributions to the public's understanding of the humanities. In 1990, Paredes received the Orden Mexicana del Águila Azteca, the highest honor that Mexico presents to citizens of other countries.

Paredes, Américo. With His Pistol in His Hand: A Border Ballad and Its Hero. Austin: University of Texas Press, 1958. 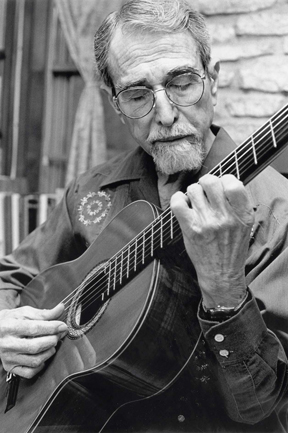 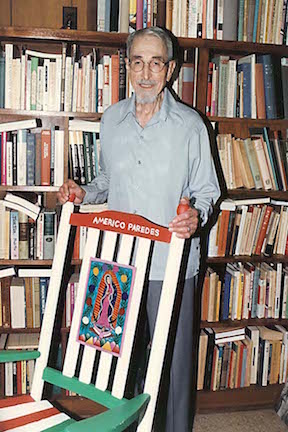