People come from around the world to view the American art in Fort Worth's Amon Carter Museum. Works by Frederic Remington and Charles Russell, acquired by Carter, form the heart of the collection. Carter didn’t live to see his grand museum, but he didn’t build it for himself. He built it for his fellow citizens, especially those in his beloved city of Fort Worth.

Carter was born in 1879 in tiny Crafton, Texas, near Wichita Falls. After arriving in Fort Worth at age twenty-five, Carter quickly made his mark. As advertising manager of the Fort Worth Star newspaper, Carter talked investors into buying the more established Fort Worth Telegram and merging the two papers. The newly formed Fort Worth Star-Telegram dominated the region.

Carter went on to drill for oil and invest in radio, television, and aviation. He tirelessly promoted Fort Worth and worked to bring industry to the city. Carter also shared his wealth. Every Christmas, he anonymously gave each resident of Fort Worth’s orphanages and senior homes an envelope with a crisp, new five-dollar bill.

Carter died in 1955. His will contained instructions for building his art museum on a hill looking toward downtown Fort Worth. He once said, "As a youth, I was denied the advantages which go with the possession of money." The museum, which charges no admission fee, was his final way of giving others an opportunity he himself never had.

For More about Amon Carter

The Amon Carter Museum of American Art in Fort Worth is open Tuesday through Sunday and is free to the public. The museum showcases a diverse array of exhibitions, publications, and programs that connect visitors to masterworks of American art, including Carter’s personal collection of works by Frederic Remington and Charles Russell.

The Amon G. Carter Papers at the Texas Christian University Library consist of correspondence, financial information, programs, photos, and news clippings and document the variety of people and interests with whom and with which Carter was involved.

The University of Texas at Arlington's Special Collections houses the Fort Worth Star-Telegram Collection, which includes thousands of photographs and clippings, and four million film negatives spanning the twentieth century.

Amon Carter Museum. "About the Museum." 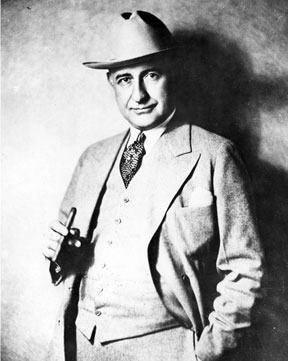