As a public official, suffragist, and educator, Annie Webb Blanton devoted her life to women's rights. She said, "Everything that helps to wear away age-old prejudices contributes towards the advancement of women and of humanity."

Born in Houston in 1870, Blanton pursued a career in teaching to demonstrate her independence. After graduating from The University of Texas in 1899, she worked at Denton's North Texas State Normal College, now the University of North Texas. There she took an interest in the challenges facing women educators and joined the suffrage movement. Blanton believed that women working together for change were more effective than those struggling alone.

In 1918, Blanton was elected State Superintendent for Public Instruction, becoming the first woman in Texas to hold a statewide elected office. She pursued a vigorous agenda of increasing teacher pay, improving rural schools, and standardizing instruction.

After two terms, Blanton became a professor at The University of Texas, where she spent the rest of her professional life. In 1929, she and several colleagues founded Delta Kappa Gamma, a society for women educators. Starting in Austin, the organization quickly expanded throughout the U.S. and abroad.

Blanton died in 1945, but her legacy lives on in the equal opportunities enjoyed by Texas women and the model she set for those who followed her into public service.

For More about Annie Webb Blanton

Blanton's organization of women educators continues to grow and prosper, acting as an advocate and source of solidarity for women in the field. Chapters are active throughout the United States, Canada, Europe, Latin America, and Asia. Delta Kappa Gamma's alpha chapter in Austin continues to honor Blanton's memory. 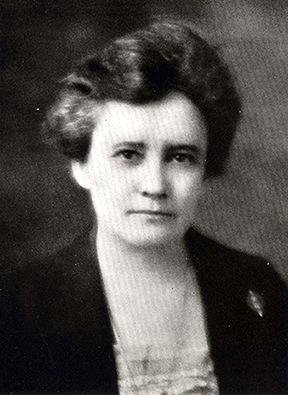