Though Billy Lee Brammer's novel The Gay Place is a work of fiction, it remains one of the most revealing accounts of Texas politics ever written.

Brammer was born in Dallas in 1929. He earned a degree in journalism from the University of North Texas, then worked as an editor for the Texas Observer before moving to Washington to serve as an aide to then-Senator Lyndon Johnson.

The Gay Place, which takes its title from a poem by F. Scott Fitzgerald, was published in 1961 to great acclaim. The novel paints a vivid picture of the compromises, strategy, and horse-trading that we call politics. And Brammer based the characters on people and places he knew in Austin in the fifties, including the writer Willie Morris and the popular watering hole Scholz Garten.

The novel's moving force, Governor Arthur Fenstemaker, was an amalgam of LBJ and former Louisiana governor Earl Long. Fenstemaker's political tactics were, as one reviewer noted, "not exactly taught in civics class." Fenstemaker lectures a young congressman by saying, "The first principle is you’ve got to learn to rise above principle."

Brammer never followed up on the success of The Gay Place; in fact, he never finished another book. But he remained a fixture on the Austin literary and political scene until his death in 1978. His collected papers are archived at Texas State University in San Marcos.

For More about Billy Lee Brammer

The Billy Lee Brammer Papers, 1946–1993 are at the Wittliff Collections at Texas State University-San Marcos. The archive contains book manuscripts, newspaper clippings, tear sheets, correspondence, and photographs documenting Brammer's life and career. Included in the collection are the typed manuscripts of The Gay Place, and the unfinished sequel to that work, Fustian Days.

In 2009, the University of Texas Press published Duchess of Palms, the memoir of Brammer's first wife, Nadine Eckhardt. Part of the book describes her time with Brammer, with whom she worked for then-Senator Lyndon B. Johnson. 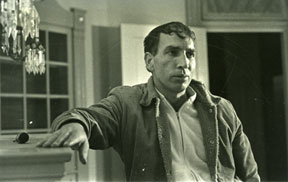 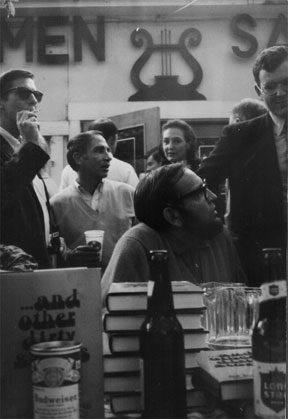