Historian Carlos Castañeda changed how we think of the Southwest. He told the story of the Texas-Mexico borderlands as one of shared culture and heritage, rather than conflict and division.

Raised in Brownsville, Castañeda earned his doctorate from The University of Texas at Austin in 1932. He served there as professor and librarian for the rest of his life.

In his 1928 book The Mexican Side of the Texan Revolution, Castañeda cast new light on the events of the 1830s. He rejected the idea that the revolt simply pitted Anglo Americans against Mexicans. Rather, he presented the revolution as a struggle in which a diverse group of rebels, Mexicans and Anglos, fought against dictatorship.

Castañeda's masterpiece was the seven-volume Our Catholic Heritage in Texas, written under the auspices of the Texas Knights of Columbus. It documented the Hispanic history of Texas at a time when many marginalized the state's Mexican American population.

Castañeda did not just write about the past. He oversaw the university’s extensive Latin American archives and led efforts to collect and preserve documents pertaining to early Texas history.

Castañeda's quest for cross-cultural understanding made him an activist. He worked for reforms in South Texas schools, and FDR named him the Southwest chair of the Fair Employment Practices Commission during World War II.

Castañeda died in 1958, and fittingly, The University of Texas's main library now carries his name.

For More about Carlos E. Castañeda

The main library at The University of Texas at Austin stands as a monument to the learned careers of the two men after whom it is named. Carlos Castañeda shares the honor with Ervin Perry, the first African American to hold the rank of full professor at the university. With over 2.5 million volumes, the Perry-Castañeda Library is amongst the largest in all of North America.

The archival collections Castañeda oversaw in the 1920s and 1930s have evolved into the internationally renowned Nettie Lee Benson Latin American Collection on the University of Texas campus. A leading repository of primary historical sources from all across Latin America, the collection aids researchers in continuing to write about the Spanish imprint on the Americas—Castañeda's lifelong work. The Benson Collection holds Castañeda's papers, which document the broad scope of his work as a scholar, professor, librarian, and administrator. 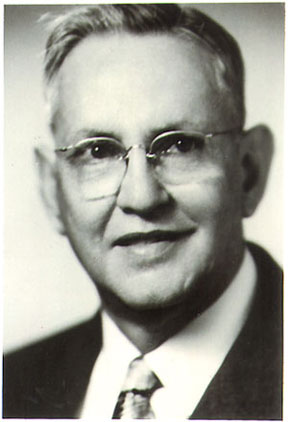 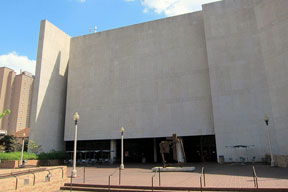 The Perry-Castañeda Library at The University of Texas at Austin. Photo by Wally Gobetz