Charles Goodnight liked to point out he was born in 1836, the year the Republic of Texas was founded, and moved here in 1845, the year Texas joined the United States. A legendary rancher and trailblazer, Goodnight became known as the "father of the Texas Panhandle."

Goodnight was nine years old when his family arrived in Texas from Illinois. He served as a frontier scout and Texas Ranger in his youth, then entered the cattle business at the age of twenty.

In the 1860s, Goodnight and partner Oliver Loving established the Goodnight-Loving cattle trail, which curled northwest from Texas into New Mexico and Colorado. Their friendship and adventures formed the basis of Larry McMurtry's epic novel Lonesome Dove.

The following decade, Goodnight and partner John Adair built the JA Ranch—the first ranch in the Panhandle. There, Goodnight bred new strains of cattle and was one of the first Texas ranchers to use barbed wire. The JA Ranch eventually grew to over one million acres, including part of Palo Duro Canyon, and had a hundred thousand head of cattle.

As one historian wrote, Goodnight lived "intensely and amply," even into his nineties. He conducted agricultural experiments, founded a secondary school for the children of ranchers, and even tried his hand at film production

Goodnight died in Arizona in 1929, but is buried in the Texas town that bears his name.

For More about Charles Goodnight

The Charles Goodnight Papers are held by the Briscoe Center for American History at The University of Texas at Austin. The collection includes correspondence, literary productions, court records and legal documents, photographs, and newspaper clippings.

Charles Goodnight's home, forty miles east of Amarillo, is included in the National Register of Historic Places. It is open for tours through the Charles Goodnight Historical Center. The museum plans to open its J. Evetts Haley Education and Visitor Center on April 12, 2013.

The Goodnight Historical Center also maintains a blog with information about the restoration as well as Goodnight's life and legacy.

The Charles Goodnight Memorial Trail extends from the Panhandle-Plains Museum to Palo Duro Canyon. In the August and September 2011 issues of Texas Highways magazine, Julia Robinson retraced Goodnight's route and created a Google Map based on the Goodnight-Loving Trail.

Price, B. Byron. Charles Goodnight: A Man for All Ages. With photographs by Wyman Meinzer. Benjamin, TX: Badlands Design & Production, 2012. 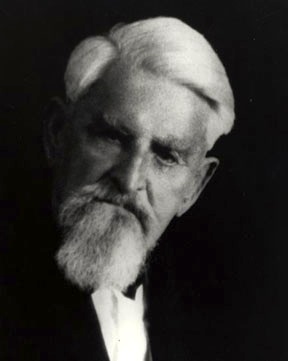 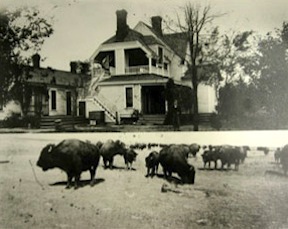 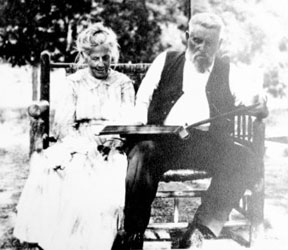 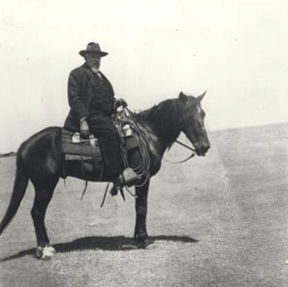 Charles Goodnight on his horse Buttons. Image courtesy of the Armstrong County Museum.