The Japanese attack on Pearl Harbor in 1941 left the U.S. Navy stunned. With American ships still smoldering in the water, Navy Secretary Frank Knox turned to a Texan, Chester Nimitz, to restore confidence in the Pacific Fleet.

Nimitz was born in Fredericksburg in 1885. He graduated from the U.S. Naval Academy in 1905 and then served in several command and staff positions, including the new Atlantic submarine fleet.

In the aftermath of Pearl Harbor, U.S. and Australian forces thwarted Japanese advances and Admiral Nimitz rolled across the Pacific, hopping from island to island, including Guadalcanal, Iwo Jima, and Okinawa. Once bombing attacks began on the Japanese homeland in 1945, a U. S. victory was inevitable.

Despite his success, Nimitz was a modest man. Journalist Robert Sherrod said Nimitz "conceived of war as something to be accomplished as efficiently and smoothly as possible, without too much fanfare." When the war in the Pacific was finally won, charismatic Army General Douglas MacArthur got the glory. Nimitz never wanted it. He said, "Being a part of the Navy is honorable and soul-satisfying work," and that was enough for him.

After Nimitz's death in 1966, his grandfather's hotel in Fredericksburg became the Admiral Nimitz Museum, now part of the larger National Museum of the Pacific War. There, in a small, landlocked Texas town, visitors can learn more about one of the U.S. Navy's greatest commanders.

For More about Chester Nimitz

Located on a six-acre site in Fredericksburg, the National Museum of the Pacific War is dedicated to perpetuating the memory of the Pacific Theater of WWII. The museum complex includes the Admiral Nimitz Museum, which is in the historic Nimitz Hotel. The Nimitz Museum focuses on Nimitz's life and career and includes a fifteen-foot model of the USS Nimitz (CV-68). For those unable to travel to Fredericksburg, the museum offers virtual tours.

Hoyt, Edwin P. How They Won the War in the Pacific. New York: Weybright and Talley, 1970. 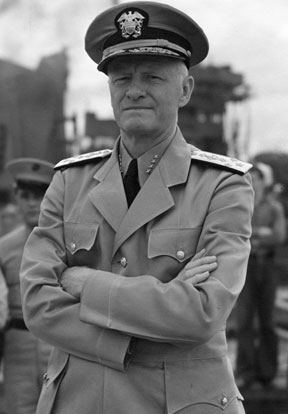 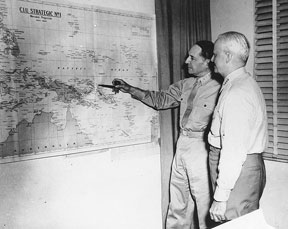