Cherokee leader Chief Bowl, also known as "Bowles" and "Duwali," was born in North Carolina around 1756 to a Scottish father and a Cherokee mother. In the early nineteenth century, Bowl led the first large Cherokee emigration west of the Mississippi River—to Missouri, then Arkansas, and finally to the Mexican province of Texas. There, in a settlement near Nacogdoches, Bowl headed an alliance of Cherokee villages.

In 1836, Sam Houston, acting as a commissioner of the provisional Texas government, negotiated a treaty with Chief Bowl that secured Cherokee land rights, but the Republic of Texas later rejected the treaty. Texas president Mirabeau B. Lamar called for an "exterminating war" to expel the Cherokee from the Republic.

In 1839, the Texas army defeated the Cherokee near the headwaters of the Neches River. During the battle, Chief Bowl, now eighty-three, carried a sword given to him by his friend Sam Houston, who had once lived among the Cherokee. The heroic chief was among the last to die in the battle.

The Cherokee fled to the Indian Territory in present-day Oklahoma. After passing through several hands, Bowl's battle sword was presented to the Cherokee Nation in 1890.

For More about Chief Bowl

The American Indian Cultural Society maintains the land outside of Tyler where Chief Bowl was killed on July 16, 1839. In 1936, the State of Texas erected a marker to honor Bowl on the land.

Among its collection of historical artifacts, Cherokee Lodge #10, in Tahlequah, Oklahoma, displays the sword given to Chief Bowl by Sam Houston. 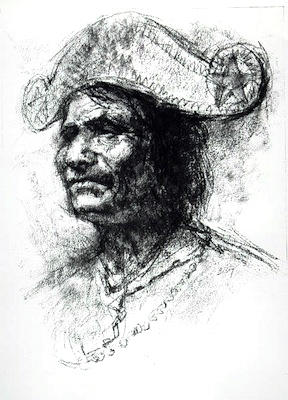 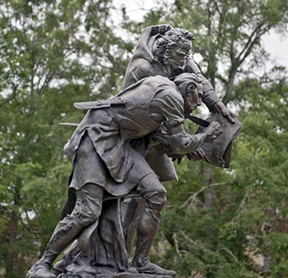