His portrait hangs in the Pentagon Hall of Heroes. A section of U.S. Route 90 in San Antonio is named for him, as is the school he attended as a boy. For his heroism in World War II, he received the nation's highest military honor.

San Marcos native Cleto Rodríguez was born in 1923. By the age of nine, he had lost both his parents and was raised in San Antonio by relatives.

Rodríguez joined the Army in 1944 and was soon serving as a rifleman with the 148th Infantry in the Philippines. In 1945, during the fierce month-long Battle for Manila, Rodríguez and a fellow soldier played key roles in regaining a heavily defended railroad station from the Japanese. Both men were awarded the Medal of Honor for their "gallant determination" and "heroic courage in the face of tremendous odds."

Rodríguez was the fifth Mexican American ever to earn this honor—and one of fourteen Texans who earned it during World War II.

After the war, Rodríguez returned to San Antonio. He served briefly in the Air Force and then rejoined the Army, retiring in 1970 as a master sergeant. He became an advocate for veterans and minorities after his military service.

Rodríguez died on Pearl Harbor Day in 1990 and is buried at Fort Sam Houston National Cemetery.

For More about Cleto Rodríguez

Two San Antonio-area murals honor Cleto Rodríguez. One is located at the San Antonio Central Library, and the other can be viewed at the Cassiano Homes Public Housing.

The Voces Oral History Project at The University of Texas at Austin documents the contributions of Latinos and Latinas of the WWII, Korean War, and Vietnam War generations, like Cleto Rodriguez. The project was created in 1999 by UT journalism professor Maggie Rivas-Rodriguez. Most of the project's interviews are with veterans, but the project directors also aim to document the larger Latino civilian experience, men and women alike. The project's website features hundreds of stories and thousands of photos, as well as oral history training videos. 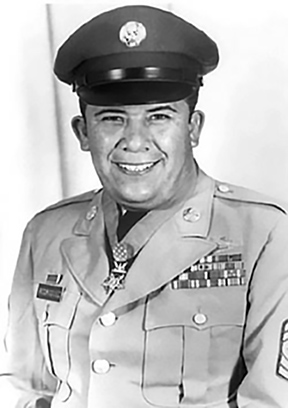 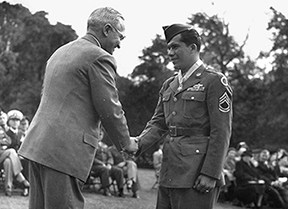