In 1683, Franciscan priest Damián Massanet left Barcelona to serve as a missionary in the New World. He lived the rest of his life in Mexico, and died in obscurity, but he holds an important place in the history of Spanish settlement in Texas.

Massanet spent several years building missions in Mexico. Then, in 1690, he accompanied General Alonso De León, governor of the state of Coahuila, to establish a Spanish presence in Texas. In that year, Mission San Francisco de los Tejas was founded near the Neches River.

The defense of that mission led to sharp disagreements between Massanet and De León. When De León wanted to post fifty soldiers there to control the local Nabedache Indians, Massanet would accept only five. The priest insisted, "There was no necessity at all to leave a large military force in the district since the people were so peaceable and friendly."

However in 1693, after continued disputes with the Caddo Indians, Massanet chose to burn the mission and return to Mexico. Discouraged by his experience in East Texas, he declined later requests to found other missions.

Massanet's Tejas mission lasted for only three years, but it marked the first step in Spain's efforts to bring the lands of Texas under the Spanish flag.

For More about Damián Massanet

American Journeys, a project of the Wisconsin Historical Society, has made available online a letter from Massanet describing his expeditions to Texas in 1689 and 1690.

Dunn, William E. Spanish and French Rivalry in the Gulf Region of the United States, 1678–1702: The Beginnings of Texas and Pensacola. Austin: University of Texas Press, 1917. 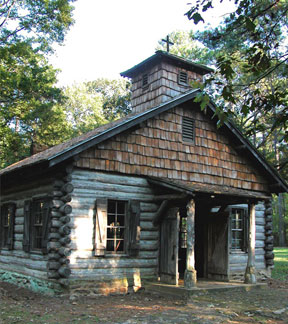 Mission Tejas State Park in Grapeland. The park was built by the Civilian Conservation Corps on the site of the original Mission San Francisco de los Tejas. The building pictured is a "commemorative replica" meant to evoke the original mission.