Houston is the home of world-class art. That's due in part to the generosity of Dominique and John de Menil, a French couple who left their Nazi-occupied homeland in 1941, ultimately settling in Houston.

As John rose to prominence in the oil industry, he and Dominique developed a passion for collecting art. Inspired by their friendship with Father Marie-Alain Couturier, a Dominican priest who championed a new religious art, the de Menils became fascinated with modern art that served a transcendent purpose.

Recognizing spiritual and artistic links between contemporary art and the traditions that preceded it, the couple's enthusiasm soon extended to the arts of tribal cultures, and later to antiquities and medieval and Byzantine art.

But the couple's greatest contribution to Houston is their own museum, the Menil Collection, which opened in 1987, fourteen years after John's passing. Dominique guided the museum—watching her lovingly curated collection become a world-renowned institution—until her death in 1997.

Housed in buildings designed by famed architect Renzo Piano, the museum is celebrated for its modern and contemporary masterpieces and holds one of the world’s foremost collections of Surrealist art. Just as important, the museum remains true to the de Menils' vision of art as a spiritual pursuit.

For More about Dominique and John de Menil

The Menil Collection, located in central Houston, is free and open to the public.

John and Dominique de Menil were also vocal champions of human rights worldwide, focusing their actions on civil rights in particular. In 1960, they launched the ambitious scholarly research project The Image of the Black in Western Art, directed by art historian Ladislas Bugner. Spanning nearly five thousand years and documenting virtually all forms of media, the unprecedented research project was devoted to the systematic investigation of how people of African descent have been perceived and represented in art. The project resulted in a four-volume series of generously illustrated books. In the coming years, Harvard University Press and the W. E. B. Du Bois Institute for African and African American Research will present new editions of the original books, as well as an additional five volumes.

In 2013, the Menil Collection won the Twenty-Five Year Award, a prize given by the American Institute of Architects for architecture that had "stood the test of time" for over twenty-five years. In honor of the occasion, Architect magazine's piece "The Lady and the Piano" commemorates John and Dominique de Menil and their long relationship with the modern art world and the city of Houston.

Browning, Dominique. "What I Admire I Must Possess." Texas Monthly, April 1983.

The Menil Collection: A Selection from the Paleolithic to the Modern Era. New York: Harry N. Abrams, 1997. 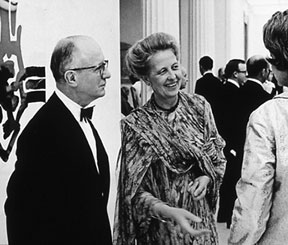 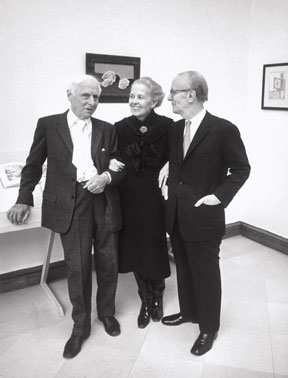 Max Ernst with Dominique and John de Menil at the opening of Max Ernst: Inside the Sight, Les Salles de l’Orangerie, Paris, 1971. Photo by Andre Morain. Image courtesy of the Menil Collection, Houston. 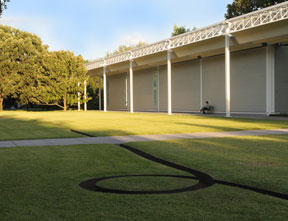