In the south foyer of the Texas State Capitol stand two life-sized statues: one of Sam Houston, the other of Stephen F. Austin. These men helped shape the state of Texas, but their marble likenesses were shaped by the hands of Elisabet Ney.

Ney was born in Prussia in 1833, when ladies were expected merely to dabble in art, certainly not study it as a career. But Ney became the first woman admitted to Munich's celebrated Academy of Fine Arts to study sculpture. She quickly achieved fame as an artist, traveling through Europe sculpting royalty, politicians, and celebrities.

When the Franco-Prussian War erupted in 1870, Ney and her husband fled to the United States, eventually settling on a plantation near Hempstead, Texas. There, she scandalized her neighbors, wearing bloomers around the plantation grounds and using her maiden name. In Texas, just as in Europe, Ney forged her own path.

In the early 1890s, Elisabet Ney, almost sixty years old, received the commission for the now-famous Capitol statues. She opened a studio in Austin, which became a salon where important Texans discussed art and politics. After Ney's death in 1907, that studio became a public museum. And in her memory, friends founded the Texas Fine Arts Association—the first organization dedicated to promoting art throughout the state.

Elisabet Ney left a legacy for all Texans—in the statues she carved and in the institutions that honor her life’s work.

For More about Elisabet Ney

Formosa, Elisabet Ney’s Austin studio, is open to the public as the Elisabet Ney Museum. The museum offers exhibitions of Ney’s life and work as well as public programming throughout the year.

The Texas Fine Arts Association changed its name to Arthouse at the Jones Center in 2002. Designed by Lewis.Tsuramaki.Lewis, the Arthouse building in downtown Austin features exhibitions of contemporary art.

The Austin History Center holds the Elisabet Ney Papers, 1892–1905, which consist of personal letters written by Ney during the period that she lived and worked in Austin.

Comini, Allesandra. "Who Ever Heard of a Woman Sculptor? Harriet Hosmer, Elisabet Ney and the Nineteenth-Century Dialogue with the Three Dimensional." American Women Artists 1830–1930. Washington, DC: National Museum of Women in the Arts, 1987. (Introductory essay)

Cutrer, Emily Fourmy. The Art of the Woman: The Life and Work of Elisabeth Ney. Lincoln: University of Nebraska Press, 1988. 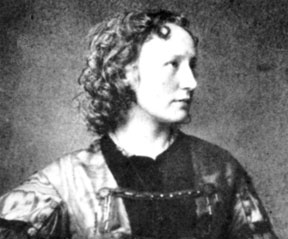 Elisabet Ney at the time of her immigration to the United States. Image courtesy of the Elisabet Ney Museum, Austin. 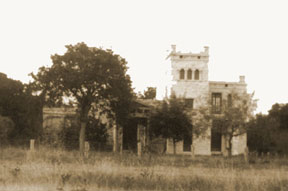