Connecticut-born Frederick Law Olmsted is best known for his design of New York's Central Park. But his writings on the slaveholding South, including Texas, enjoyed critical acclaim in the 1850s for their detailed descriptions and keen social commentary.

The New York Times sent Olmsted to the South to record his observations. On his second trip, he and his brother John arrived in Texas on Christmas Day, 1853.

The brothers traveled two thousand miles on horseback through the state. Their journey took them through the East Texas swamps, the coastal plains, and cities such as Austin and Houston, but Olmsted was most impressed by the German settlers in towns like New Braunfels and Sisterdale, calling them "free-thinking, cultivated, brave men."

Olmsted recorded local slang, the prices of various commodities, and what he called the "bewildering beauty" of the landscape. But he also described the cruelty and economic inefficiency of slavery.

While he did not identify himself as an abolitionist, Olmsted found slavery morally repugnant and hoped to encourage non-slaveholding immigrants to settle in Texas.

Olmsted was so taken with this land of "inexpressible" beauty that he and his brother John briefly considered settling near one of the German colonies he so admired. Although his plan never came to fruition, Olmsted's writings remain some of the most thorough and engaging nineteenth-century travel accounts of the state.

For More about Frederick Law Olmsted

The full text of Olmsted's A Journey Through Texas is available online.

The Frederick Law Olmsted National Historic Site is in Brookline, Massachusetts. Maintained by the National Park Service, the site features Olmsted's "Fairsted," the first professional office for the practice of landscape design. The site's website contains information on Olmsted's life and work, photographs, and educational resources. A collection of Olmsted's archives is also housed there.

The Frederick Law Olmsted Papers, 1777–1952, are at the Library of Congress. The papers include correspondence, journals, speeches, maps, and other items, with an emphasis on Olmsted's career as a landscape architect. The correspondence section of the papers contains both personal and business letters, including documents related to Olmsted's New York Times commission to travel through the South. 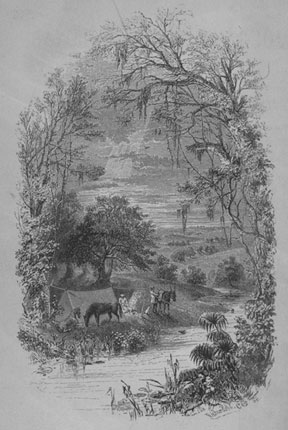 Olmsted camping in Texas with his brother. Frontispiece illustration from A Journey Through Texas (1857). 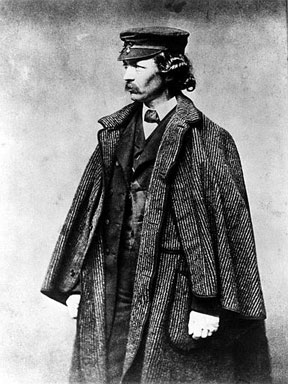 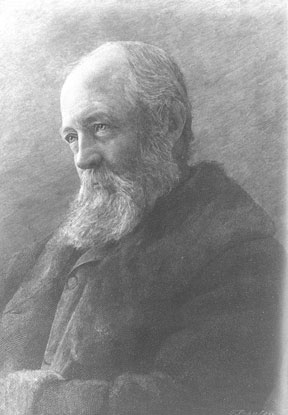 Frederick Law Olmsted, 1893. Engraved by T. Johnson from a photograph by James Notman. Prints and Photographs Division, Library of Congress.