Henry Allen Bullock devoted his life to advancing African American education in Texas—and made history in the process.

Bullock was born in North Carolina in 1906. He earned a doctorate in sociology at the University of Michigan. In 1930, he moved to Texas for an academic career spent largely at Prairie View A&M and Texas Southern University.

In 1967, Bullock published a history of African American education in the South. The book earned him the Bancroft Prize, one of the highest honors in the field of American history. Bullock argued that, ironically, segregated schools sowed the seeds of their own demise. Though underfunded by the state, black teachers nurtured the sense of confidence, intellectual tools, and political strength that made the civil rights movement possible.

Bullock's activism was not limited to his teaching and research. He testified for the inclusion of African American history in Texas history textbooks and served on the Texas advisory committee to the U.S. Civil Rights Commission. In the fifties, he wrote a regular column for the Houston Informer.

In 1969, Bullock became the first African American appointed to the faculty of arts and sciences at The University of Texas at Austin, where he established the school's first ethnic studies program.

For More about Henry Allen Bullock

Texas Southern University (TSU) is one of the most comprehensive historically black colleges and universities in the United States. Bullock taught at TSU from 1950 to 1969 and served as the head of graduate education and the division of social sciences. He spent an equal portion of his earlier career at Prairie View A&M University.

Bullock, Henry Allen. A History of Negro Education in the South: From 1619 to the Present. Cambridge: Harvard University Press, 1967.

Goldstone, Dwonna. Integrating the Forty Acres: The Fifty-Year Struggle for Racial Equality at the University of Texas. Athens: University of Georgia Press, 2006. 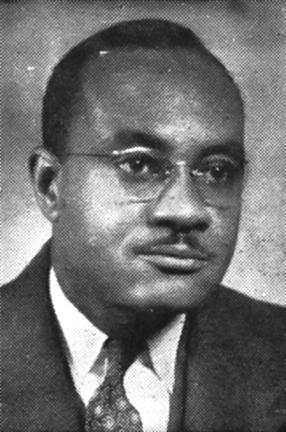