Longtime congressman and civil rights pioneer Henry B. González—affectionately known by his constituents as "Henry B."—was born in San Antonio in 1916.

González's political career began in the fifties, when he served on the San Antonio City Council and, later, in the Texas Senate. He made his name by speaking out against segregation and fighting rate hikes by public utilities. In 1957, he and fellow senator Abraham Kazen stopped a collection of pro-segregation bills with a thirty-six-hour filibuster—the longest ever in the Texas Senate.

In 1961, González became the first Mexican American to represent Texas in Congress. There, the former boxer maintained his gruff, pugnacious style and stubborn commitment to economic justice and equality for all Americans.

An expert on the nation's banking system, González oversaw the 1989 savings and loan bailout in the aftermath of the worst financial crisis since the Great Depression. He also led efforts to overhaul public housing and increase transparency at the Federal Reserve. In principle González believed in working within the system to effect change, but in practice he pulled no punches.

González was reelected eighteen times and became the longest-serving Hispanic member of Congress. When he retired in 1999, Congressman Jim Leach of Iowa remarked that González "never had a conflict of interest. . . . His only special interest was his constituents. He never let them down."

For More about Henry B. González

The Briscoe Center for American History at The University of Texas at Austin holds the Henry B. González Collection, which includes over five hundred linear feet of correspondence, committee records, campaign files, schedules, personal schedules, appointments, legislative files, photographs, video and audiotapes, memorabilia, and artifacts. This extensive collection includes records from González's years of public service with the San Antonio City Council, the Texas State Senate, and the U.S. Congress.

Hamill, Peter. "Henry B. González." In Profiles in Courage for Our Time, edited by Caroline Kennedy. New York: Hyperion, 2002. 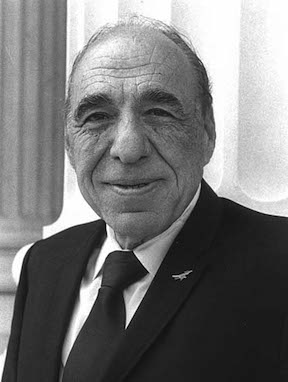 Henry B. González. Photo from the Office of Representative González.