Rabbi Henry Cohen once said, “Other men play golf for recreation. My hobby is helping people.” For many years, he could be seen pedaling around Galveston on a bicycle, a list of people to visit—prisoners, the poor, the sick—scribbled on his shirt cuff.

Born in London, Cohen served congregations in Jamaica and Mississippi before arriving in Galveston in 1888. His home at 1920 Broadway became known as a place where needy people of any religion could seek help. He wrote books on Texas Jewish history in his spare time.

When the 1900 hurricane demolished most of the city and left thousands dead, Cohen sprang into action, delivering food and medical supplies in a mule-drawn wagon. Despite receiving offers to leave Galveston for more thriving communities, Cohen refused to abandon the city he had come to love.

Cohen is perhaps best known for his role in the Galveston Movement, which brought Jewish immigrants into the Port of Galveston to settle throughout Texas and the Midwest. Cohen met immigrants at the dock and provided advice and assistance, sometimes purchasing clothing and supplies for them with his own money.

In the 1920s, Cohen campaigned for prison reform in Texas, advocating vocational training and improved conditions.

In honor of Cohen’s lifetime of charitable work and dedication to social justice, President Woodrow Wilson called him the “foremost citizen of Texas.”

For More about Henry Cohen

Temple B’nai Israel, where Cohen served as rabbi from 1888 to 1952, is the oldest Reform congregation in Texas, chartered in 1868.

The Encyclopedia of Southern Jewish Communities provides portraits of many of the communities in Texas and Oklahoma that emerged as a result of the Galveston Movement. The Texas section of the Encyclopedia was made possible with a grant from Humanities Texas.

In May 2022, the Rosenberg Library in Galveston recognized Henry Cohen as their "Rosenberg Treasure of the Month." This article recounts Cohen’s contributions to our state.

A historical marker at 21st Street in Galveston honors Rabbi Cohen as one of the early contributors to "the spirit of brotherhood and interfaith goodwill existing in Galveston today."

Nathan, Anne and Harry I. Cohen. The Man Who Stayed in Texas. New York: Whittlesey, 1941. 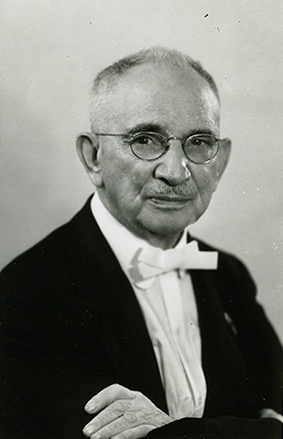 Henry Cohen, second from left, meeting immigrants on the wharf in Galveston. Courtesy of The University of Texas at San Antonio Libraries Special Collections.