Called the "Storyteller of the Southwest," James Frank Dobie was born in 1888 on his family's cattle ranch in Live Oak County. During his long life, he would live astride two worlds: a rugged life on a Texas cattle ranch and the state's modern centers of scholarly learning.

Dobie came to Austin in 1914 to teach at The University of Texas. In time he pioneered an influential course on the literature of the Southwest. By the late 1920s, Dobie discovered his mission: to record and publicize the disappearing folklore of Texas and the greater Southwest. Dobie became secretary of the Texas Folklore Society, a position he held for twenty-one years.

Dobie was a new kind of folklorist—a progressive activist. He called for UT to admit African American students in the 1940s, long before the administration favored integration. Dobie's vocal politics led to his leaving the university in 1947, but he continued writing until his death in 1964, publishing over twenty books and countless articles.

The inscription on Dobie's headstone in the Texas State Cemetery reads: "I have come to value liberated minds as the supreme good of life on earth." J. Frank Dobie was not content to simply preserve Southwestern heritage within libraries and museums. He gave life to that heritage and informed generations of Texans about their rich history.

For More about J. Frank Dobie

Dobie, J. Frank. Guide to Life and Literature of the Southwest. Austin: University of Texas Press, 1943.

McMurtry, Larry. In a Narrow Grave: Essays on Texas. Austin: The Encino Press, 1968. 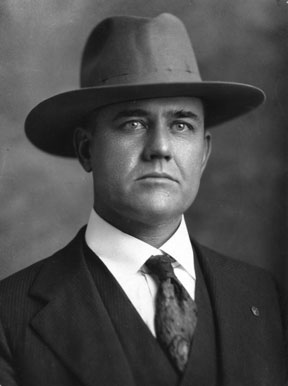