On June 28, 1919, Jane McCallum wrote in her diary, "Somehow I felt too thankful to be jubilant. We have a great responsibility and I pray God we may meet it squarely and successfully."

The responsibility McCallum referred to was the right to vote—a right American women finally won in 1920 with the ratification of the Nineteenth Amendment. As a leader of Texas women's fight for suffrage, McCallum always met her civic responsibilities "squarely and successfully."

Born in 1877 in LaVernia, Texas, McCallum moved to Austin in 1903 when her husband became school superintendent. In 1915, she was elected president of the Austin Woman Suffrage Association. As she campaigned for women's voting rights, McCallum faced heated criticism. Undaunted, she gave speeches, wrote newspaper columns, and lobbied legislators—all while running a busy, active household.

After women's right to vote had been secured, McCallum took on new responsibilities. She helped the Texas League of Women Voters fight for education, health care, and child labor laws. She was executive secretary of the Women's Joint Legislative Council, a powerful group sometimes known as the "Petticoat Lobby." She also served as Texas Secretary of State under two different governors.

McCallum died in 1957 and is remembered for her lifelong dedication to giving women a voice in the political process, and making sure that voice was heard.

For More about Jane Y. McCallum

Jane McCallum and the Suffrage Movement is an online exhibition created by the Austin History Center covering the history of the suffrage movement in Texas.

McCallum is featured in the Gallery of Great Texas Women, an online resource with photographs, quotations, biographical sketches, links to additional sources, and a downloadable content package. A physical exhibition based on the gallery is on display on the first floor of Kinsolving Residence Hall at The University of Texas at Austin.

Citizens at Last: The Women Suffrage Movement in Texas is a Humanities Texas exhibition based on the book of the same name. The freestanding exhibition uses archival photographs, newspaper clippings, cartoons, cards, and texts to display the struggle for woman suffrage in Texas. It is available for rental.

In 1929 McCallum published Women Pioneers, a book that chronicles the lives of fourteen American women, including Anne Hutchinson, Eliza Lucas Pinckney, Dorothea Dix, and suffragists Elizabeth Cady Stanton and Susan B. Anthony. The full text of the book is available through Hathi Trust. 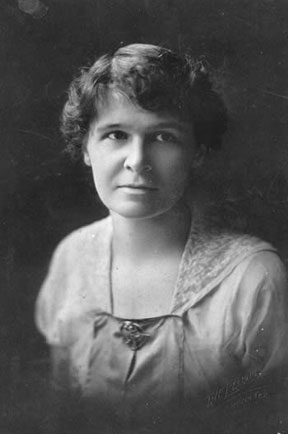 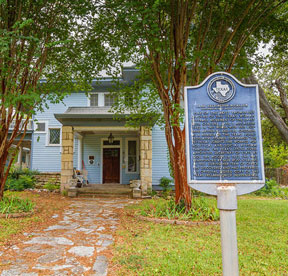