Born in 1795 to a prominent family in San Antonio, Navarro grew up along with his city. In the 1820s, he championed Stephen F. Austin's colonization efforts. At the time, both Anglo American immigrants and Tejano residents wanted increased settlement in Texas for economic development and frontier defense. When trouble arose between the Texans and Mexico's government, Navarro was one of two Tejanos to sign the Texas Declaration of Independence in 1836.

Many of the newly arrived Anglo settlers discriminated against Texans of Mexican origin. Some Tejano veterans of the revolution moved away. But Navarro stayed, defending Tejano rights.

In 1841, Navarro joined the ill-conceived Santa Fe Expedition, which attempted to join New Mexico to Texas. He was imprisoned in Mexico for nearly four years as a result, but returned to support Texas's annexation to the United States. As a delegate to the Constitutional Convention of 1845, Navarro helped defeat a proposal that would deprive Tejanos of the right to vote.

The secession crisis again tested Navarro's politics. He was torn between unionist sentiment and states’ rights principles, but survived the crisis with his commitment to Texas intact.

After the Civil War, Navarro retired from public life and became a respected elder statesman. He died in 1871.

For More about José Antonio Navarro

The Casa Navarro State Historic Site in downtown San Antonio features exhibitions housed in an adobe and limestone complex that served as Navarro's home from the 1850s until his death in 1871. This Texas Historical Commission site not only explores the significance of Navarro's accomplishments, but also gives the visitor a glimpse of life in early San Antonio.

The José Antonio Navarro Papers are at the Dolph Briscoe Center for American History at The University of Texas at Austin. The papers contain photostats and photocopies of original letters, notices, and reports chronicling Navarro's political career.

Scanned images of original biographical notes written by Navarro in 1841 are available through the Texas State Library and Archives Commission. 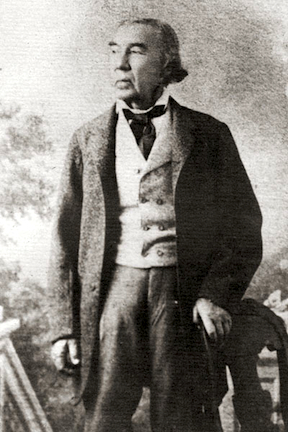 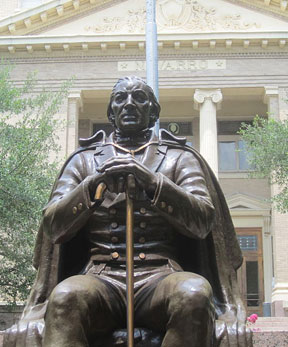