Born in 1904 on her grandparents' ranch in Roma, Texas, pioneering folklorist and educator Jovita González felt a deep commitment to the people and culture of South Texas.

While attending The University of Texas in Austin, González met J. Frank Dobie, who encouraged her to begin writing for folklore publications. She soon began traveling throughout Cameron, Starr, and Zapata counties, interviewing residents of the borderlands.

González carried a letter of introduction from San Antonio's archbishop and often knitted during her interviews, putting her subjects at ease. She captured the voices of ordinary Mexican Americans seeking to preserve their cultural traditions during a period of tumultuous change.

In 1930, the same year she received her master’s degree in history, González became the first Mexican American president of the Texas Folklore Society.

González was also a teacher. With her husband, she authored several sets of Spanish textbooks and helped establish the Spanish language program in Corpus Christi’s public schools.

Today, González's legacy includes two novels published after her death, Dew on the Thorn and Caballero. Discovered by scholars among her papers, these historical romances detail turbulent racial conflicts of the Texas-Mexico border. But they also highlight the focus of her life's work—documenting what she once described as "the beauty of faith, of lore, and of tradition, amidst the sufferings of life."

For More about Jovita González

The Benson Latin American Collection at The University of Texas at Austin, the Wittliff Collections at Texas State University-San Marcos, and the Mary and Jeff Bell Library at Texas A&M University-Corpus Christi hold González’s papers.

Cotera, María Eugenia. "A Woman of the Borderlands: 'Social Life in Cameron, Starr, and Zapata Counties' and the Origins of Borderlands Discourse." Introduction to Life Along the Border: A Landmark Tejana Thesis, by Jovita González. Edited by María Eugenia Cotera. College Station: Texas A&M University Press, 2006.

González, Jovita. The Woman Who Lost Her Soul and Other Stories. Edited by Sergio Reyna. Houston: Arte Público Press, 2000. 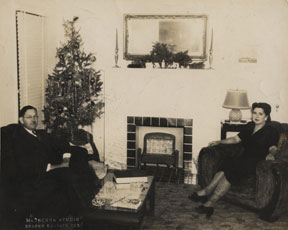 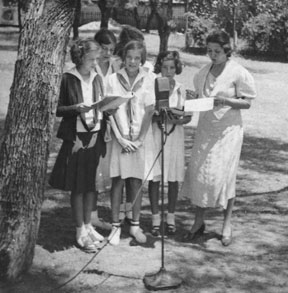