Journalist and activist Jovita Idár was born in Laredo in 1885. As a young woman, she abandoned a teaching career to write for her father's weekly newspaper, La Crónica. In her articles, Idár denounced the dismal social, educational, and economic conditions of Texas Mexicans.

In 1911, when the First Mexican Congress met to address civil rights in Texas, Idár and other women were active participants. Idár became the first president of the League of Mexican Women, an offshoot of the Congress. She mobilized League efforts to provide free education to poor children.

These efforts set the tone for the rest of Idár's life and work. As an educated Tejana, she felt duty-bound to promote civil rights—including women's rights—and education. "Educate a woman," Idár often said, "and you educate a family."

During the Mexican Revolution, Idár crossed the border to serve as a nurse in the White Cross, a group similar to the American Red Cross. When she returned to Laredo, she continued to write newspaper articles condemning racial prejudice and acts of violence against Mexicans and Tejanos.

In 1917, Idár and her husband moved north to San Antonio. She became active in politics, established a free kindergarten, and continued to write and promote social justice. Idár remained in San Antonio until her death in 1946.

For more about Jovita Idár

The Federico Idár and Idár Family Papers, 1879–1838, are held in the Nettie Lee Benson Latin American Collection at The University of Texas at Austin. They contain correspondence, photographs, printed materials, and artifacts that document the lives of the Idár family of Laredo and San Antonio. 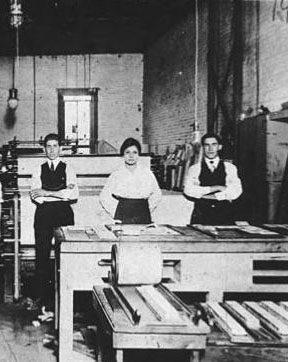