Born in Galveston in 1894, King Wallis Vidor grew up with the movies. Over the course of his career, he directed both silent and sound films and worked with many of Hollywood's top stars, from Charlie Chaplin to Audrey Hepburn.

Vidor began his career in film as a teenager, working as a projectionist in a Galveston theater.

His first hit came in 1925, with The Big Parade, the highest grossing silent film of all time. Shot partly in Texas, the film follows Jim Apperson, an idle young man who joins the army to fight in World War I. In France, Jim experiences the horrors of combat and loses a leg in battle. Vidor's film emphasizes the human costs of war.

Later masterpieces in Vidor's career include The Crowd, Stella Dallas, Duel in the Sun, War and Peace, and an adaptation of Ayn Rand's controversial novel The Fountainhead starring Gary Cooper and Patricia Neal.

Often drawn to social themes, Vidor hoped his films would "help humanity to free itself from the shackles of fear and suffering that have so long bound it with iron chains."

A sculpture of the Tin Man from The Wizard of Oz stands in the front yard of Vidor's childhood home in Galveston. Vidor directed the film's Kansas scenes as a favor to MGM. The fanciful sculpture is a memorial to this Texan's remarkable life in American film.

For More about King Vidor

A full listing of Vidor's directing credits is available at the Internet Movie Database.

In 1929, Vidor directed the musical Hallelujah!, the first major Hollywood film with an all-black cast. Metro-Goldwyn-Mayer agreed to underwrite the film on the condition that Vidor forego his salary. The opening scene can be viewed on YouTube.

The University of Texas at Austin's Harry Ransom Center holds important collections of Vidor's papers, including script notes and correspondence related to his work with David O. Selznick at MGM. 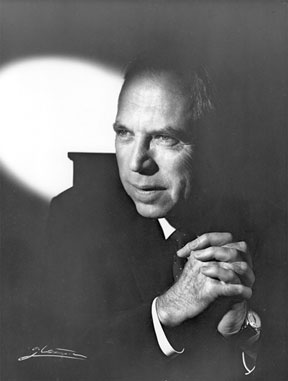 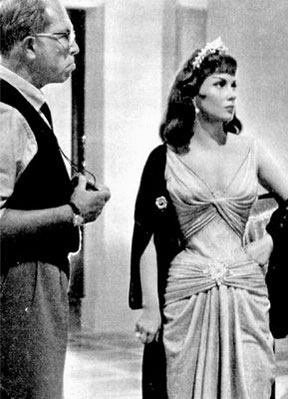 King Vidor and Gina Lollobrigida on the set of Solomon and Sheba in Madrid, 1958. Photo by Leo Fuchs. Image courtesy of www.leofuchs.com.