Journalist, playwright, and raconteur Larry L. King spent most of his life in Washington, DC, but the vivid language and distinctive characters of his home state never ceased to inspire him.

King was born in the small west Texas town of Putnam. After a brief stint in college, he covered sports and politics for the Midland and Odessa papers. Then he moved to Washington, where he spent several years working for Texas politicians.

But King was foremost a writer. During his career, he published fourteen books and seven plays, as well as articles for magazines such as Texas Monthly and Harper's.

His work is marked by a barbed wit. He delighted in exposing the hypocrisy and self-righteousness of people whose worldview, as he put it, extended "little further than the end of their own noses," like those who closed down the Chicken Ranch, a brothel near La Grange that had operated in open secret for decades.

That brothel became the subject of King's best-known work, the 1978 musical The Best Little Whorehouse in Texas. Although King expected the musical to close "quicker than a switchblade," it ran on Broadway for four years.

King died in 2012. Texas, he once said, "provided me with the stuff of a career," and his work endures as a vibrant chronicle of the state's politics, culture, and personalities.

For More about Larry L. King

The Larry L. King papers are part of the Southwestern Writers Collection at Texas State University's Wittliff Collections. The papers, which include manuscripts, playbooks, videos, correspondence, and more, document King's life and career and provide a thorough overview of his writing process. The Wittliff Collections page devoted to King also contains a complete list of his books and stage plays.

The Best Little Whorehouse in Texas continues to be performed around the world. It was also made into a 1982 film, starring Burt Reynolds and Dolly Parton.

King's writing style embodied the "New Journalism" of the 1960s and 1970s. Many of his articles appeared in Harper's magazine, which his friend Willie Morris edited.

King, Larry L. Larry L. King: A Writer's Life in Letters, Or, Reflections in a Bloodshot Eye. Edited by Richard A. Holland. Fort Worth: TCU Press, 1999. 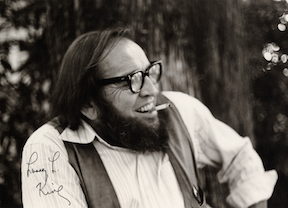 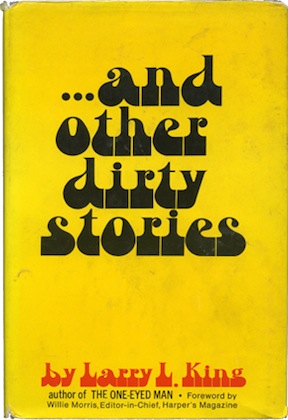