Born in Yucatan in 1788, Lorenzo de Zavala dedicated much of his life to fighting oppression. That was certainly true when his former ally, Santa Anna, established a centralized regime suppressing Mexican Federalism. Zavala did the only thing he could to weaken the leader's iron grip: he helped bring about the Texas Revolution.

Zavala's political experience and reputation as a principled fighter made him an ideal ally for the Texas cause. Earlier in life, he was jailed for criticizing Spanish rule over Mexico. And after Mexico's independence was established in 1821, he helped write the new country's constitution.

During his time in Mexico, Zavala held many elected and appointed offices. But in 1834, Zavala's allegiance would shift north. That’s when Santa Anna's consolidation of power grew strong. Zavala resigned in protest and headed to Texas.

Zavala's new loyalty to Texas was complete. He signed the Texas Declaration of Independence, helped write the Texas constitution, and served as the Republic's first vice president.

In October of 1836, ill health forced him to step away from public life. A month later, on a near freezing day in November, Zavala's rowboat, with him in it, overturned in Buffalo Bayou. Zavala developed pneumonia from which he never recovered. The hero who helped secure Texas independence was laid to rest in a family cemetery near the San Jacinto Battleground.

For More about Lorenzo de Zavala

Visitors to the Portal to Texas History can read Lorenzo de Zavala's correspondence, including letters to Santa Anna and Zavala's resignation from public office in Texas. The Portal also provides a range of resources for educators on Zavala.

The Lorenzo de Zavala Papers, 1818–1936, at the Briscoe Center for American History at The University of Texas at Austin contain letters by Zavala to many of the most important and famous individuals associated with the independence movement in Mexico, and a larger number of letters to him. The papers also contain biographical material relating to the Zavala family. 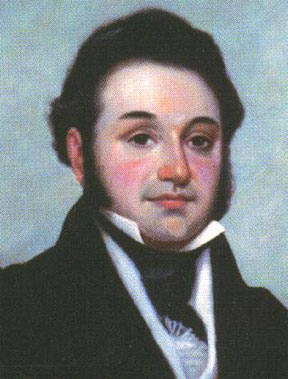 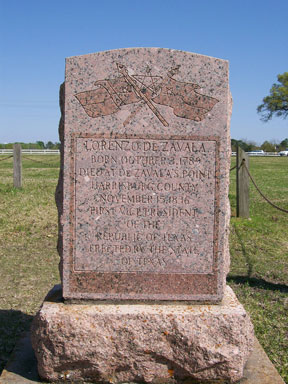