Texan Margo Jones revolutionized American theater. At a time when few professional drama companies existed outside New York, Jones fought for regional productions and new voices. Her enthusiasm earned her the nickname the "Texas Tornado" and led Tennessee Williams to describe her as a combination of Joan of Arc, Gene Autry, and nitroglycerine.

Born in Livingston in 1911, Jones trained in Denton and Dallas but soon learned that professional theater opportunities were limited to New York and Los Angeles.

Jones spent time in those cities but returned to Texas determined to create the best theater in America. She said, "I saw no reason why I couldn't have it in Houston." She soon proved to be one of the nation's most promising young directors. She championed young playwrights such as Tennessee Williams, Jerome Lawrence, and Robert Edwin Lee and directed the premieres of The Glass Menagerie and Inherit the Wind.

Jones died in 1955, just as her dream of a decentralized American theater came to fruition. Today, strong regional theater companies continue to thrive throughout America.

Helen Sheehy's 1999 biography Margo: The Life and Theatre of Margo Jones remains the best and most comprehensive source of information about Jones, her life, and her career. Sheehy has published online an extended essay titled "Who Was Margo Jones?"

The 2006 documentary Sweet Tornado: Margo Jones and the American Theater also provides a compelling introduction to Jones's influential career. The filmmakers maintain a website with additional materials on Jones's life, including archival interview footage with Jones herself. The film was made possible with a grant from Humanities Texas.

The Margo Jones Award is given annually by The Ohio State University Libraries and OSU Arts and Humanities to an individual who has made a significant contribution to the craft of playwriting and the living theater. Playwrights Jerome Lawrence and Robert E. Lee created this award in 1961 to honor "Jones's pioneering efforts in the development of professional regional theater, her tireless championing of new plays, and her nurturing of new playwrights."

A full listing of Jones's directing credits is available at the Internet Movie Database. 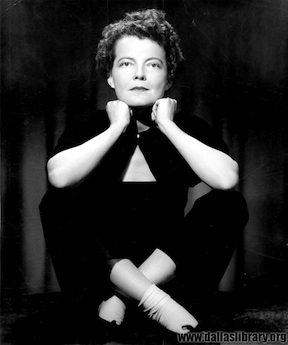 Portrait of Margo Jones. Image from the collections of the Texas/Dallas History and Archives Division, Dallas Public Library. 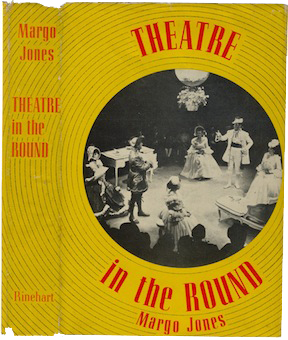 Margo Jones, Theatre in the Round book cover. Image from the Art & Seek website.