Writer Mary Austin Holley introduced English-speaking readers of the 1830s and '40s to Texas, which she called a land of "surpassing beauty . . . a splendid country."

A Connecticut native, Holley lived in Boston and Lexington, Kentucky, until the death of her husband in 1827.

She later wrote to her cousin Stephen F. Austin, inquiring about the colony he founded in far-off Texas. Stephen replied enthusiastically, even promising her a tract of land upon her arrival. She visited in 1831, and several times over the next twelve years, with plans to settle there.

In 1833, Holley published Texas: Observations, Historical, Geographical and Descriptive, the first book on Texas by an Anglo American. Three years later, she published a second book, simply titled Texas, which included a thrilling portrayal of the Texas War of Independence and a detailed guide to the new republic's land and people.

Texas was the first book to include many important documents of the revolution, including the Texas Declaration of Independence and the Republic of Texas Constitution.

Holley's work persuaded many to pack up and move to Texas. Sadly, she died of yellow fever in 1846 and never settled in the place that had captured her heart. Today, her engaging books, her intricate pencil sketches of early Houston, and her journals and family letters provide invaluable accounts of life in early Texas.

For More about Mary Austin Holley

The Dolph Briscoe Center for American History at The University of Texas at Austin holds the Mary Austin Holley Papers, 1784–1846. The collection includes correspondence, a diary, notes, and literary work, as well as the last will and testament of Stephen F. Austin, 1833.

Transcripts of Holley's correspondence with Stephen F. Austin and Emily M. Austin Bryan Perry are available on the Portal to Texas History website. 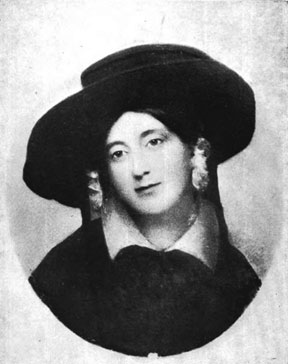 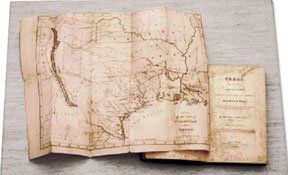